What will IMF chief Strauss-Kahn’s arrest mean for Eurozone aid? 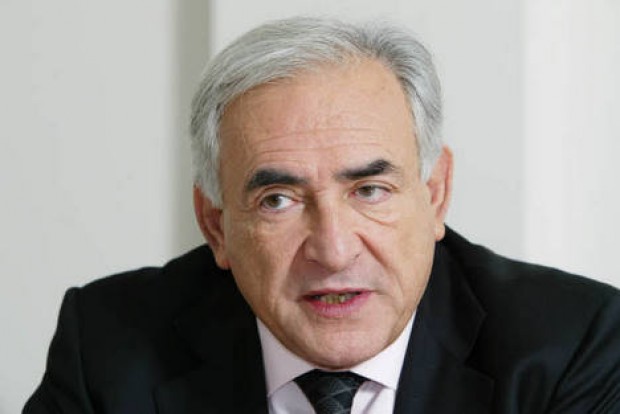 The arrest on Saturday of IMF chief, Dominique Strauss-Kahn, has sparked off intense speculation as to how much this incident will affect the scale and generosity of the bail-out packages to be handed out to Greece, Portugal and Ireland in particular, and future rescue packages to the Eurozone in general.

Instrumental in strategizing the financial bail-out plans for Eurozone, and described as a micromanager on Europe’s financial position, especially on the Ireland, Greece and Portugal bailouts that he oversaw, Strauss-Kahn, in his capacity as the fund’s managing director, has been widely recognized for furthering IMF’s resources as well as bettering the organization’s governance.

With Greece over-burdened with debt, and almost certain to need another bail-out from the EU and IMF, and Ireland and Portugal also on the brink of arriving at renegotiation deals with the IMF and EU, Strauss-Kahn’s arrest couldn’t have come at a worse time for Europe.

Personally also a very important time for potential French presidential candidate Strauss-Kahn, his arrest over the weekend happened just before a Sunday meeting with German Chancellor Angela Merkel, and another scheduled for today with Eurozone finance ministers which was meant to further talks about how to tackle the current debt crisis being faced by Europe.

The obvious question here is: will Greece, Ireland and Portugal have to bear the brunt of Strauss-Kahn’s arrest?

Struggling to pay back part of the 110 billion euro EU/IMF bailout it received last year, Greece is almost certain to need a further bail-out package.

While Greece is scheduled to ask for an increase in its IMF/EU loan later today, Germany, and other Northern European countries, i.e., Europe’s donor countries, have publicly voiced their discontent concerning the mounting costs of supporting high-deficit countries, and have insisted on higher budget cuts if any extra aid is to be granted to Greece, or if Greece is to be given more time to pay back the loans it is supposed to.

These new hurdles put up by Germany in the process of the IMF deciding on Greece’s bail-out package might have been dealt with more smoothly, had Strauss-Kahn still been acting chief of the IMF.

According to a media statement made by a senior fellow at the Brookings Institution in Washington, Eswar Prasad, “The presumption was that with Strauss-Kahn at the helm the IMF would not turn its back on Europe, that the IMF would continue to support Europe. Now, with Strauss-Kahn gone, that proposition becomes a little dubious.”

Though the IMF chief’s absence is not being regarded as a massive blow to the Greek situation, Strauss-Kahn’s meeting with Merkel could have considerably impacted Germany’s stance towards the new bail-out that EU and IMF would provide Greece with.

While Portugal agreed to an EU/IMF loan of 78 billion-euros over three years, this bail-out package needs a unanimous approval from the Eurozone finance ministers for it to go ahead.

The hurdles here come from Finland, whose parliament has demanded for Portugal to undergo privatization for raising funds, and has also insisted on the Portuguese government asking private investors to maintain their exposure to their country’s debt.

Inspite of differing from Greece and Ireland’s bail-out packages in this aspect, there seems to be a general feeling of Portugal’s aid programme coming through, with the European Commissioner for Economic and Monetary Affairs, Olli Rehn, saying, “I am confident that the Portuguese package will be approved on Monday.”

Earlier this month, Rehn, alongwith Strauss-Kahn, had released a statement on the loan being given to Portugal, saying that “The total financial support being provided – 78 billion Euros – from the European Union and the IMF clearly indicates the international community’s commitment to help ensure that Portugal will succeed.”

On a similarly positive note, Ireland’s minister of state for European Affairs, Lucinda Creighton, said that IMF chief Strauss-Kahn’s arrest is unlikely to affect talks regarding Ireland’s case to be discussed on Monday at the euro zone finance ministers meeting.

Saying that Ireland’s Government was only asking for a reduction in the interest rate of its IMF/EU loan, and not further bailout loans, Creighton told Ireland’s national broadcaster, RTE, that, “We deal with the institution, not the individual. Dominique Strauss-Kahn is somebody who has had a significant role in the events of recent months in relation to the Irish bailout and the rest,”