What next after US Government shutdown? When does the Shutdown end? 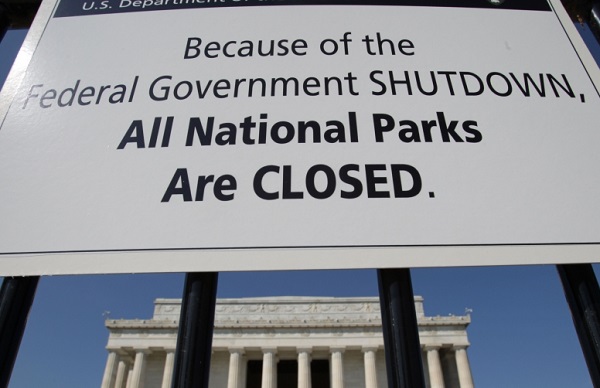 A government shutdown is when a government discontinues providing services that are not considered “essential”. The services which are like value added services for the population and entertaining to them in vital sense. But during the shutdown not all government services would be paused until the government resumes and gets over its shut down state. Services such as Social Security, Medicare and similar privileges will continue to be helpful during this Period. Social Justice and other Industry Leaders are really unhappy with Congress as government shutdown could have been averted.

What does government shutdown mean and when will it resume?

Getting in the mechanism of what Government shutdown means, Under the separation of powers created by the United States Constitution, both the Senate and House of Representatives must give an approval for an agreed budget, which then is given to the President of the United States for signature. Government shutdowns tend to occur when the President and one or both of the chambers of Congress are unable to resolve disagreements over budget allocations before the existing budget cycle ends. Under the parliamentary system used in most European nations, the executive and legislative are not two separate wings, with the parliament designating all executive officials, commonly called “ministers”. In non-parliamentary democracies, a strong executive branch generally has the authority to keep the government functioning even without an approved budget. Below are the situations which will enhance the knowledge of what Government shutdown means.

The first ever shutdown occurred in the year 1976 for 10 days, which discontinued the essential services under the command of President Gerald Ford, who vetoed the funding bill for the United States Department of Labor and United states of Health, education and Welfare (HEW), which resulted in Partial Shutdown. But democratically controlled political Party Congress nullified Ford’s veto, although this decision took 10 days to implement and for continuing resolution ending fund gap for other parts of government to declare it as a law.

Government Shutdown affects with a pause on services like Federal museums, national parks, offices that give visas to foreigners, federal regulatory agencies.

The Shortest Ever shutdowns were materialized in the year 1982 when the democratic political party gave spending bills one day late and had ceased the essential services. In 1984’s shutdown when the essential Services were interrupted for a day, when the democratic political party congress dropped their proposed water and civil rights packages and even the president contributed by giving his crime package. In 1986, a disagreement over multiple issues between the Democratic political party and President and the Republican Senate forced a shutdown which as a result gave a pause to essential services. And in 1987, Democrats, who had then controlled both the House and the Senate, opposed funding for the Contras, and wanted the Federal Communications Commission to begin reinforcing the “Fairness Doctrine”. The Fairness Doctrine policy was a policy introduced in 1949 by the United States Federal Communications Commission (FCC) that required the holders of broadcast licenses to both present controversial issues of public importance and to do so in a manner that was, in the Commission’s view, honest, equitable and balanced. These entire shutdowns were under the leadership of the President Reagan which survived not more than a day.

The Longest ever shutdown was experienced in the year 1995-96 with a drop of essential services for 21 days, under the command of President Bill Clinton, because the Republicans demanded President Clinton propose a budget with the seven-year timetable using Congressional Budget Office numbers, rather than Clinton’s Office of Management and Budget numbers. However, the president did not agree to the condition. Eventually, Congress and Clinton agreed to pass a compromise budget.

The last Shutdown is ongoing, in the year 2013, under the leadership of President Barack Obama, Due to disagreement regarding inclusion of language defunding or delaying the Affordable Care Act, the Government has not passed a funding bill. While the Essential services continue, the non Essential services are not being served to the population until the US Government resumes them.