The business world has never failed to notice every move made by Warren Buffet, a renowned American business magnate and Berkshire Hathaway CEO. A legendary investor that has proven to be an influential leader in the corporate environment by establishing business standards which success aspirants always fall back to emulate in their business ladder.

Some of these emulative standards include business risks, types of associates relevant for success, stupid business mistakes, hindsight, frugality, reputations, and when to quit. According to CBNC, Buffet believes in effective communication even as he remains an icon of inspiration to many as a self-made billionaire.

Over 160 billionaires have been motivated by Buffet to offer at least half of their assets for philanthropic goals. He has also provided reasons for a $1 million bid just to have lunch with him and his fans are proving great strength to follow his footsteps not minding laid sacrifices.

A data scientist at Orchard Platform, Michael Toth, who has also worked with BlackRock as portfolio analyst has evaluated Buffett’s shareholder letters annually at Berkshire Hathaway for personal growth as a sole investor. Using statistical computing, Toth quantified and highlighted Buffett’s positivity penchant for many years according to CBNC. 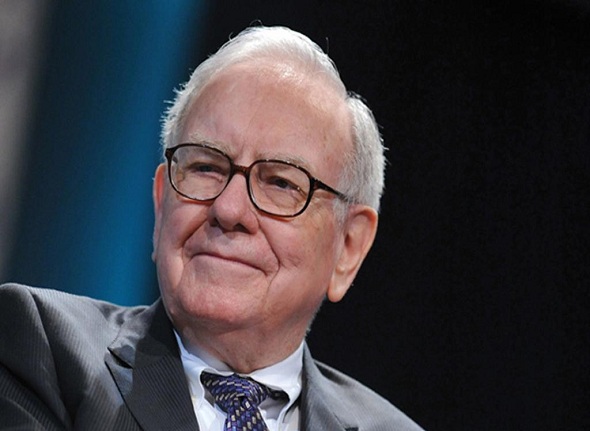 The sentiment analysis on Buffett’s shareholder letters annually by Toth are the years between 1977 and 2016. And results from the analysis revealed that Buffett has the ability to balance both realism and optimism. The dataset also taught Toth about the reasons why Buffett is a legendary investor and as well as an influential leader.

“When times are tough, it’s a very human thing to sweep the negative under the rug and just hope things get better, yet the sentiment analysis shows Buffett addressed issues in real time,” Toth said.

Only five of the forty shareholder letters analyzed showed a negative score of sentiment, and most interestingly, they all correspond perfectly to five periods of downturn in the economy.

“Even when things are going badly, like in 2008 when everything was falling apart, he is still measured in his approach in speaking to his shareholders. Things are not always going to be perfect,” Toth said, “and I think Buffett’s ability to still communicate and inspire confidence during those bad time periods is important.”

More observations by Toth include Buffett’s constituency and long-term thinking in all his letters. He also highlighted how Berkshire Hathaway’s stock has grown up to 21% since 1965 while its competitor, S&P 500 could not grow up to 10% over the same period.

“Generally, Warren Buffett is quite a positive person,” Toth said. “When things are going poorly, he’s comfortable admitting that, and he’s comfortable telling others both when Berkshire’s performance is bad and when the broader market is bad.”

Toth also believes that the negative letters which correspond to economic downturn also indicates how Buffett is able to manage the business world and positive messages to shareholders even with the markets being overvalued.

“Buffett’s positivity is very powerful and important to understand as you navigate your own career,” Toth said. “People respect when a leader is not only forward-thinking but is very open and honest when things are potentially not going well and those are characteristics that apply beyond just the world of investing and finance.”