Netflix’s revenue had risen 24 percent YoY in the fourth quarter 2020 results to a profit of $542 million.

A quick peek at Netflix’s success story and one thing is clear that originality and creativity remains at the core of the billion-dollar business. The streaming service announced earlier this year that its revenue had risen 24 percent YoY in the fourth quarter 2020 results to $6.6 billion, resulting in a profit of $542 million. Not only did Netflix remain immune to the economic devastation brought on by the Pandemic, its revenue more than doubled from a year ago.

Every success story tells us something interesting about the company, and so does Netflix in this case. When it comes to the Netflix origin story, there are so many things to explore, but we will first look at the fundamentals and how Netflix inked its name permanently as the crown prince of streaming services. 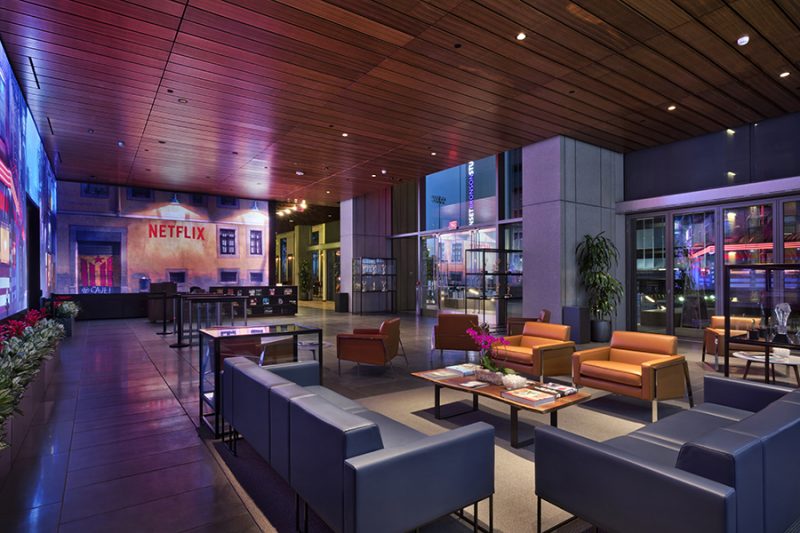 Everything started in 1997 when two innovative minds, Reed Hasting and Marc Randolph wanted to start their own business. They were looking for an opportunity to sell something online and get money from monthly subscriptions. There were many options to explore, but only one came to light out of nowhere.

When Reed Hasting took the Apollo 13 cassette from a local VHS rental store, he did not imagine what an effect it would have in the future. He ended up paying $40 for the late fee because he did not turn back the cassette on time. This had a huge impact on his outlook on the business.

Reed Hasting wanted to open his own rental company that would be operating online. He was working out at the local gym where he realized that a monthly subscription was way better than individual renting of the cassette from the rental company. That is when he came up with the idea to make an online company that would offer movies and shows for monthly subscriptions.

This was when DVDs replaced cassettes and an ideal time to start a business.

Marc Randolph was impressed with Amazon’s model of selling things, and he wanted to apply the similar model of renting and selling shows. It was the birth of Netflix, the biggest online rental company when it comes to movies and TV shows. It was founded with an initial investment of $2.5 million and it offered DVDs to the customers who wanted to watch certain shows and movies.

At the time, the DVDs successfully replaced VHS units and Netflix offered secure and safe distribution of DVDs to the end-users. Netflix was the first online store in the world to offer rentals of DVDs, and it was the initial step for their future success.

Reed Hasting and Marc Randolph wanted to create a brand behind their company. They employed 30 people to take care of the orders and daily tasks.

When they started with Netflix, they also paid attention to the name of the company. It is a combination of the words net and flick, which was hugely popular those days. Net referred to the internet and flix referred to movies. It was a win-win understanding of the brand name.

They invested huge money in the beginning, and it was the reason why Netflix succeeded in the first few years of existence.

In 1999, they introduced their first monthly subscription plan and it was revolutionary in the industry. They had 925 titles and those movies and shows were carefully selected to meet everyone’s taste. The movies were sent in the form of DVDs and the monthly fee was paid for every month of using the services.

Users could borrow several DVDs and they were free from thinking about shipping charges, due date, or late fees. It was available to everyone who wanted to subscribe to the monthly paying system. It also meant secure monthly income for the founders of the platform. They were able to employ more workers and distribute more titles to the interested users.

By the year 2000, the Netflix service had more than 300,000 monthly subscribers, which was the first sign of the enormous success of the platform.

Anna Domanska
Anna Domanska is an Industry Leaders Magazine author possessing wide-range of knowledge for Business News. She is an avid reader and writer of Business and CEO Magazines and a rigorous follower of Business Leaders.
« Tesla’s Q3 results deliver high growth and revenue
Should You Buy Into An Eventual Rivian IPO? »
Leave a Comment
Close