Warning: preg_match(): Unknown modifier '/' in /home/customer/www/industryleadersmagazine.com/public_html/wp-includes/class-wp.php on line 233
 What is happening with American Airlines - US Airways merger?

What is happening with American Airlines – US Airways merger? 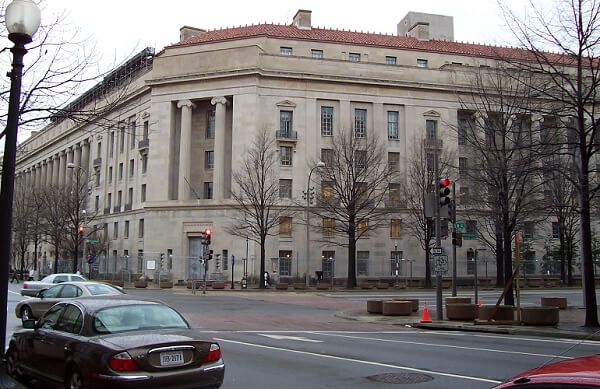 US Airways and American Airlines, which have been planning to combine the two airlines by the end of September, hit a major merger roadblock.  The Justice Department filed a lawsuit on Tuesday to block the proposed $11 billion merger between American Airlines and US Airways, which would create the world’s largest airline.

The Department of Justice’s Antitrust Division, along with the attorneys general, filed a lawsuit in the U.S. District Court for the District of Columbia, which aims to prevent the companies from merging and to preserve the existing head-to-head competition between the firms that the transaction would eliminate. The participating attorneys general are Arizona, Florida, Pennsylvania, Tennessee, Texas, Virginia and the District of Columbia. The locations represent the home states of the two airlines, along with several of their major hubs.

Bill Baer, assistant attorney general for the antitrust division asserted that neither airline needs this merger to succeed. “We simply cannot approve a merger that would result in U.S. consumers paying higher fares, higher fees and receiving less service.””While shareholders might benefit, creditors might benefit from consolidation, the fact of the matter is consumers will get the shaft,” he told reporters in a conference call. “The right option here is a full-stop injunction.”

The department of Justice argued that the competition — and lower prices — would be lost at more than 1,000 pairs of cities where the airlines compete with connecting flights. Bill Baer said driving out the non-stop competition from Charlotte to Dallas would cost travellers $3 million more per year on that route alone. With connecting flights, such as from Miami to Cincinnati, US Airways has a one-stop fare for $471 compared with $740 for American. The Justice department also warned that fees for baggage and other services could grow. Redeeming frequent-flier miles would cost an average of $40 in the US Airways, while American doesn’t charge, but Baer said that the combined airline would charge all passengers the fee to beget $120 million more every year.

Over the last five years, antitrust regulators had allowed Delta Air Lines to buy Northwest, United Airlines to combine with Continental, and Southwest Airlines to buy AirTran. The nation had gone from nine major carriers in 2005 to five, and the Justice Department hadn’t opposed an airline merger since United’s 2001 attempt to buy US Airways, a deal that was later abandoned. The Justice Department sees problems with four airlines controlling what it said would be more than 80 percent of the U.S. commercial air travel market.

The  Justice department’s news release notes that American is operating in bankruptcy. “Absent the merger, American is likely to exit bankruptcy as a vigorous competitor, with strong incentives to grow to better compete with Delta and United,” the news release said. “American recently made the largest aircraft order in industry history, and its post-bankruptcy standalone plan called for increasing both the number of flights and the number of destinations served by those flights at each of its hubs.” Justice Department wants American to go back to its original idea of reorganizing on a stand-alone basis.

Shares of US Airways fell sharply on the news, trading down 13% at $16.36. Other airline stocks also took a hit. Investors worried that if American were forced to remain independent, it might try to bulk up to the size of merged behemoths Delta Air Lines Inc. and United Continental Holdings Inc. That could cause industry capacity to grow and earnings prospects to diminish.

American Airlines and US Airways vowed to fight the Justice Department lawsuit.  In a statement AMR Corp said it intends to “mount a vigorous defense and pursue all legal options in order to achieve this merger.”

“We believe that the DOJ is wrong in its assessment of our merger,” the statement said. “Integrating the complementary networks of American and US Airways to benefit passengers is the motivation for bringing these airlines together. Blocking this procompetitive merger will deny customers access to a broader airline network that gives them more choices.”

In a letter to employees Tuesday, American Airlines CEO Tom Horton said the court process will likely take a few months. He wrote that executives always expected U.S. regulatory approval to be “the final hurdle to clear” and that they have been working with the Justice Department for months “to ensure that they had an informed view of the merger.”

Meanwhile, the airlines will operate separately, and recent changes in leadership at the combined company “will be on hold until such time as the merger receives final clearance.”

Others speculated that the merger will eventually happen and that the lawsuit is a ploy to gain negotiating leverage to force the combined airline to reduce its combined presence in some markets and preserve competition in others.