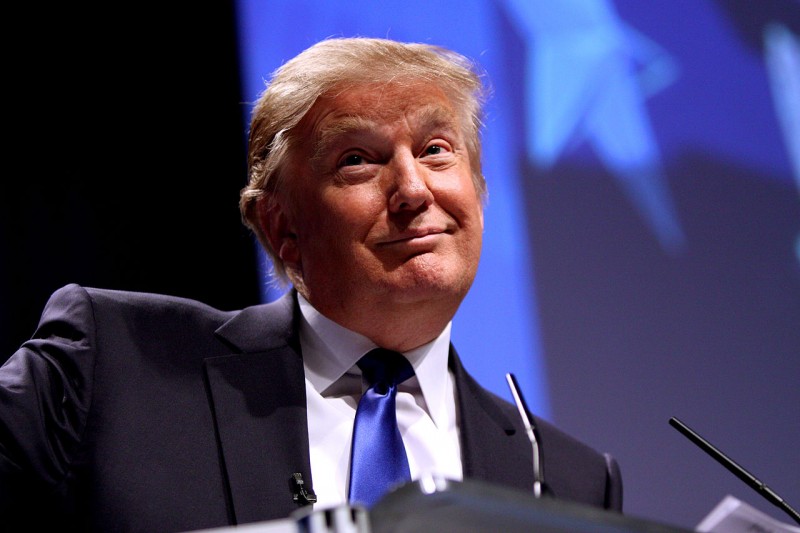 Think of Donald Trump as a salesman surviving on steroids. In this kind of a lesser-recognizing role, he happens to be practicing the art of thrill. Donald Trump Salesmanship lessons are something, which we must look forward to.

Years ago, I read a feature on Forbes, which happened to have covered Trump. Although I have never met him, but I have read few of his books, and always have been fascinated by his business style. Surely, he is not fit enough to be in a run for the Presidential elections 2016, but his enigmatic style in sales business is something you can never deny. In a place like New York City, where emerging straight out through noise and reserving a seat is most of the battle, but when Trump is mentioned, you can be sure of getting a passionate response always. And surely, he wouldn’t have it any other way.

We are not a fan of Trump, but somehow we happen to follow him throughout his campaign speeches, which eventually make us either roll out laughing harder and many a times boil our blood right away. Whether you believe it or not, he might have everything evil in him but you have to bow down in front of him when it comes to a perfect salesmanship.

Surely, they call Donald Trump as #TrashTrump or Trump Marketing Trash throughout campaigns; I would rather prefer not commenting over that fact, as it somehow happens to be true. You don’t have to believe in world vision of Trump to be interested in the mind-blowing phenomenon he has created. Personally, term “The Donald” seems to fascinate me more, as in Disney character Donald Duck, McDonald’s burger, and this “Trump” Donald as well. Probably I could honor him for being the Greatest Salesman in the history, for selling a flawed product (that happens to be him) with sheer perfection. It definitely makes Donald Trump Salesman of The Year 2015.

Sometimes, I just wish if I had even a quarter of efficiency he has in sales. He has got much stuff when it comes over teaching perfect sales to become a better salesperson. In his book-The Art of the Deal, which happens to be a bestseller, he has provided a unique and fascinating perspective on negotiating and constructing transactions related to business. He can be regarded as an extraordinaire deal-maker, with the greatest skill of salesmanship in him.

Let’s talk about what makes Trump successful in every endeavor he takes on? (And I am not including Presidential Elections 2016, as he is far away from winning it.) Was he a born great salesman? Or just by a chance, he became a great one?

After following few of his campaign, here is what we think about Donald Trump, his ideology, his salesmanship, and most importantly the approach he teaches us for being a more effective salesperson.

Love him or hate him, when it comes to promoting a service, product, or even himself, name of Trump can be matched to that of Steve Jobs without any hesitation. There is no denying the fact that his strategy thrives because he never fails to deliver an amazing experience to his customers, and mind it- Quality of product never wavers away (Though sometimes his speech during campaign absolutely does). Budding entrepreneurs need to get the facts straight in their mind that the only way to make yourself visible amongst people is by delivering a strong content, which eventually forces them to listen to you.

Take an example of his speech during Presidential elections 2016 campaigns. He speaks something that might disgust your gut, he speaks trash, provokes people in the worst manner possible, but still have you ever noticed a single seat vacant while he is delivering his speech? Or have you ever turned off your TV while he arrives on stage? The answer is no. Instead, you end up listening to his speech more precisely than you would have ever done during your high-school lessons.  I myself am the one who listens whole-heartedly to his speech and later on never fails to tweet a single criticism on him.

You see what I mean?

No one has ever got anything by ending up at the first base. Never is a path going to be easy, and never people are going to end up talking behind you back. You should always think big, he quotes, if ever by any chance you are planning to think about anything, you should think big. The only way a person can achieve true happiness when they lie down in bed at night is to craft their own path. Mr. Trump never stops his ‘Big Thinking’, and he never stops until he has achieved his goal.

Budding entrepreneurs can very well relate to him as we are all aware that we only get a single shot for making our first impression, and “First Impression is always the last impression”. Every morning no matter how tough it gets, look in the mirror and promise yourself to stay prepared, all set to capitalize, and make it your best.  Trump can serve as a role model to everyone who happens to exist with a business mindset. Never let your focus blur, and never set yourself down based on what critics have to say. People keep on criticizing, it’s the human nature. Critics keep advising Trump as well, but we don’t see critics on the list of Forbes, Times, or Fortune. Do we? Perhaps, there is a reason behind that.

Example, he might never win the Presidential elections 2016, but have you ever seen his confidence waver? Or his voice stutters when people strongly oppose him?

You see he is implementing his ideology of “Think Big” and this time, the “Big” reflects The White House!

The Spirit of Winning

Simple and straight, Donald Trump has handled his bad times and good ones in a balancing manner, over the course of his career till now by never losing confidence inability to get a work done. He never lets anyone notice him sweating, especially critics, and rivals, and probably this is the reason how he manages to stay successful. He always responds to criticizers in plain-old manner, which is by letting his work and success perform rest of the talking. Of course, he has faced bankruptcy at a certain point of time, but he instantly made a comeback with all force for good.

A budding entrepreneur can learn from him the spirit of winning and never fearing failures. Failure breeds successes always remember.

No wonder Trump plans on surpassing Obama and winning over The White House!

Trump is renowned for his unconventional practices in business and eccentricity, which brings him amongst one of the top Industry Leaders in the United States. He exhibits a leadership style, which is unconventional. He started his career very early to establish his own brand. This can be exhibited brilliantly by every chunk of real estate he owns, which includes every golf course, casino, or building with his name on it. He is powerful, eccentric, and he makes very shrewd and smart decisions when it comes to business. He is a great risk taker, and all these skills made him a well-recognized industry leader.

Certain characteristics are common amongst all leaders. Those characters are cognitive abilities, skills, and values. And to say Mr. Trump has it all would be a matter of understatement. If this is his success secret, why aren’t other leaders able to achieve the same success? Maybe, he has some elements extra, which has propelled him beyond everyone else.

The Man with a Midas touch?

At the end, what we would like to convey is, Trump is selling his salesmanship at the best. He is doing what he is unbeatable at. Maybe we could write a book on Donald Trump containing his ideas of salesmanship. Trump can surely serve as a role model for those individuals who have an entrepreneurial mindset, but definitely not a role model to those who are looking forward to Presidential election 2016.

I have heard Mr. Trump reads every article, which is written about him. So, we will make sure to update our readers if we hear it from him.

Read Industry Leaders for other articles on Marketing, Salesmanship, Branding, and Leadership.