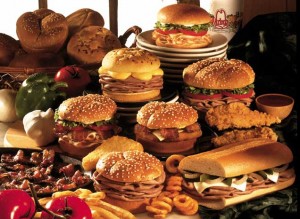 While the U.S economy heals slowly and offers by hungry private equity firms tempt an increasing number of restaurant operators to put up all or parts of their companies for sale, Wendy’s/Arby’s Group announced their plans to sell their struggling Arby’s roast beef sandwich chain to focus on the Wendy’s hamburger business.

Undoing a 2008 deal engineered by billionaire investor Nelson Peltz, the prospective sale is likely to bring in $400 to $600 million, Oppenheimer analyst Matthew DiFrisco said in a client note. The two fast-food chains were combined when Peltz’s Triarc Cos, Arby’s parent, bought Wendy’s for $2.2 billion to create the world’s third-largest publicly held fast-food chain. Nearly all restaurants belonging to the group are located in the United States.

In decline and suffering from neglect before its merger with Wendy’s, Arby’s was late to offer a value menu and lacking the international exposure that has helped top fast-food chains like McDonald’s Corp (MCD.N) and Yum Brands Inc (YUM.N) grow despite the U.S. economic downturn. Arby’s generated about 30% of the company’s sales in its third quarter, but its performance — among the industry’s worst — has been a drag on the overall company results.

Given this, analysts have voiced concerns about Arby’s being a potential tough sell. Still being in need of a turnaround, it might be hard to find another restaurant operator willing to buy it.

Roth Capital Partners analyst Tony Brenner was reported as saying that “Not to say that there is not a potential private equity buyer, but it may be that Arby’s winds up being sold to its franchisees, in a deal that may have to be partly financed by the company,”.

The Beef of Choice 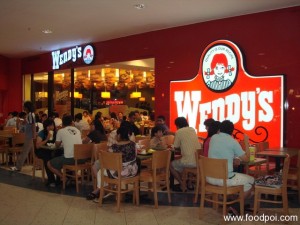 Wendy’s signature sandwiches traditionally have sold at higher prices than offerings from other popular fast-food chains — which became a big minus when the U.S. economy went sour. Last year, it rolled out a $1 menu to compete with rivals.

Wendy’s shares were up 8.7 percent to $4.86 in afternoon trade Thursday on the New York Stock Exchange, giving the combined company a market value of just over $2 billion.

The unit — which operates 3,700 restaurants and had total third quarter revenues of $260.5 million — is heavily dependent on business from young males, who have been hard hit by massive job losses in construction and manufacturing.

With reports of Arby’s having posted roughly four years of declines in key sales at established North American restaurants, Wendy’s and Arby’s are both trailing McDonald’s, which has used its large size, Dollar Menu and new beverages like lattes to draw a wide range of customers and pummel rivals.

Wendy’s/Arby’s said shedding Arby’s would allow it to focus on Wendy’s — perhaps best known for its popular “Where’s the beef?” ads from the 1980s. “It’s about time — the relentless decline of the long struggling brand has not been reversed by the recycled strategies and numerous management changes over the past last decade,” Gimme Credit senior high yield analyst Vicki Bryan was quoted as having said in a client note.

“Arby’s has been the noose around this company’s neck,” said Tim Ghriskey, chief investment officer with Solaris Asset Management, which sold more than 1 million Wendy’s/Arby’s shares last fall after tiring of waiting for it to sell Arby’s.

Peltz said in June that an unnamed party had expressed interest in a deal involving Wendy’s/Arby’s. In November, Wendy’s asked Peltz to make a quick decision on the takeover inquiry so the company could resume share buybacks.

It was not clear if that inquiry is related to Thursday’s announcement.

In September, Burger King agreed to sell itself to investment firm 3G Capital for $3.26 billion. That deal, which came at a premium of nearly 50 percent to the hamburger chain’s share price before news broke, helped stoke interest in restaurant mergers and acquisitions.

Earlier this week, Yum Brands Inc put its Long John Silver’s and A&W All-American Food Restaurants up for sale to focus on expanding its KFC and Pizza Hut chains in China and other international markets.

“There might be a little snowball effect (from the Burger King deal), but there might just be a realization that there may not be that much to be gained by waiting,” said George Van Horn, senior analyst at Los Angeles-based industry research firm IBISWorld.

Wendy’s/Arby’s said UBS Investment is assisting in the sales process. The company also said it would issue preliminary fourth-quarter results on January 26.