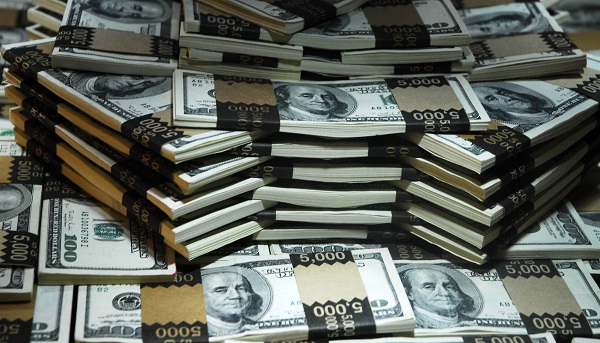 Pew Research Center has released its latest report showing the disparity in growth in US households. Surprisingly, the survey indicated that US households whose net worth was $500,000 and more recovered from gloomy recession. The rest of US households have posted a loss of 4.9 percent in “home” wealth (in 2009-11). The reasons for disparity in growth is largely demonstrated by the fact that stocks and bond markets soared, while housing market scenario saw a downward slide, hitting majority of the population. The report also highlighted that it took only 18 months for the affluent households – about 13 percent – to recover from recession, while the rest of the households continued to grapple with slow growth.

Pew, which is based out of Washington, used Census Bureau’s Survey of Income and Program Participation to prepare this report. Pew’s senior research associate, who is also the author of the study, Richard Fry, underlined that the results only confirmed the fears of Americans, adding that the figures were indeed depressing.

Haves and the Have-nots: GINI co-efficient

Analysts mulishly underline that the United States has seen a surge in income equality and the metric used to measure this – the so-called GINI CO-EFFICIENT- has seen a significant increase over the last 60 bizarre years. If the co-efficient was between 0 and 1, the indication was that of equality in the distribution of wealth, while 1 displayed a polarity in the distribution of wealth.  Surprisingly or not, the findings of Census Bureau reports demonstrated that the income inequality in the US climbed to 0.477 in 2011. In the year 1967 this was only 0.397 and indicated nearly 20.2 percent askew in the current income distribution pattern in the country. Shockingly, the Gini co-efficient displayed 0.535 was in the area of Bridgeport, Connecticut, which is now the witness of the widest wealth inequality. This co-efficient is currently on par with countries such as Ecuador, Madagascar and China.

Economic polarization is largely due to the poor growth rates in middle-income jobs, particularly towards the end of recession.

According to studies, one of the first public displays of dissatisfaction at the polarization of incomes was first made in recent times during the last quarter of 2011, with the Occupy Wall Street movement. This mass movement highlighted the plight of the majority against the 1 percent who had most of wealth in America.

It also demonstrated that the affluent group grew by 24 times while the less affluent demonstrated only 18:1 ratio growth in 2009.

Americans are concerned that post elections the government inability and  inaction in getting several tax policies in place to overcome inequality have not yet been passed by Congress. Few laws that have come through are inadequate at closing this gap.