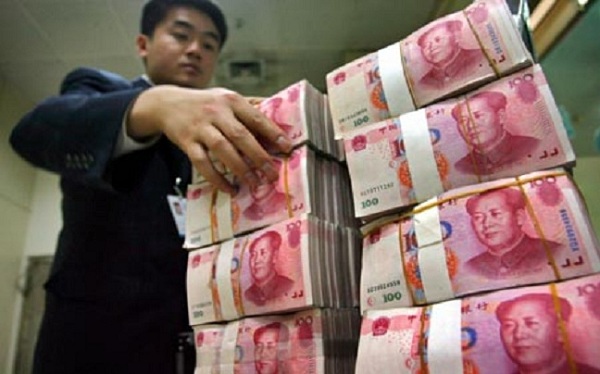 Chinese trade data this week happened to be so weak that it emphasized the potential for increased spending supported by Beijing to cope with the significant amount of damage dealt to the local Chinese economy through the cutting off of production, imports and inventories by firms in spite of international demand being quite weak.

The month of August alone witnessed variations in Chinese import export rates. There was a considerable fall in rates of import at 2.6 percent on the year, contrary to popular market expectations of a rise amounting to almost 3.5 percent. Exports increased only by 2.7 percent, well below predictions of a rise of 3 percent. Such weak Chinese trade data does not bode well for the country where exports account for more than 25 percent of the overall regional product. An average of 200 million jobs in the country is supported by exports alone. Many economic analysts believe that the Chinese economy is facing its weakest year of expansion yet since early in 1999.

Reputed economists think that the Chinese import export rates surprise being on the downside is highly unexpected. It is being deemed as an alarming indication for the administration who likely saw it approaching. According to in-depth data gathered from the August reports, it is quite clear that the pressure of slowdown and the rate of fall is increasing and the government is coming to realize that it needs to act fast. A few of the economists feel that the outlook is so poor that it is highly possible that the Chinese economy might give its official growth target of 7.5 percent for 2012 a miss if it does not gain a renewed round of quick policy stimulus combined with the fiscal and monetary easing initiated since the commencement of the previous year and the infrastructure projects declared only just week which come to a combined total of $150 billion.

In spite of a rise in trade additions in the month of August to tune of $26.7 billion, the numbers of Chinese trade data should be sufficient enough to solidify the expectations in the market for extra stimulus and monetary easing in order to back the process of development as China hurtles towards a rare change in leadership at the end of this year.

The Chinese trade data happens to be some of the worst seen by market experts since the international economic crisis. They seem to emphasize the warning offered by President Hu Jintao to the leaders of the economies spread across the Asia-Pacific region over the weekend that international growth faces major challenges like the situation of Chinese import export rates. Market analysts maintain that it was not usual for Hu to offer these sort of remarks regarding the state of the Chinese economy at a global gathering and could very well be an indication of the increasing level of concern emerging in China that could be a cause of potential worry for the wider region of Asia. Some economists state that the remaining portion of Asia had been expecting China to come up with any kind of support or stimulus, regarding consumption to combat the fall in Chinese import export rates but right now it seems as if that is not happening.