Marijuana: The Savior For Amoeba Music In Berkeley 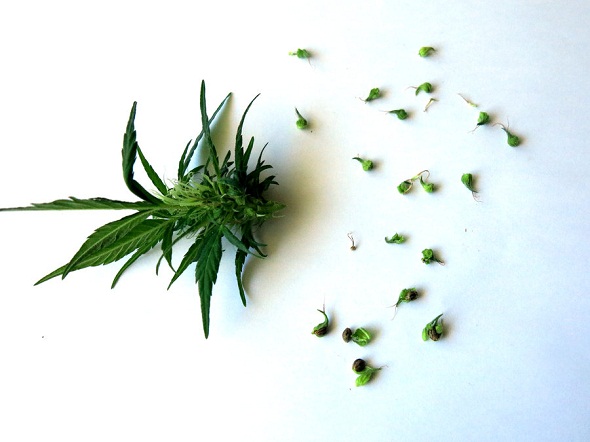 Under state law, drivers can’t have more than five Nano-grams of THC, the psychoactive component of marijuana, in the blood.

It could now get a lot easier for law enforcement officers to test drivers for marijuana.

Researchers at Washington State University are developing a breathalyzer that can determine whether a driver is under the influence of marijuana or not.

Under state law, drivers can’t have more than five Nano-grams of THC, the psychoactive component of marijuana, in the blood. It’s become a concern since recreational use of the herb became legal two years ago.

According to The News Tribune, One-fourth of blood samples taken from drivers in 2013 tested positive for pot.

The new test includes measuring impairment with blood samples, which are not used in present preliminary breath tests done by law enforcement officers to find out a driver’s blood alcohol content. Officers who suspect a driver is high also don’t have immediate access to test results for THC, the active chemical in pot, in the driver’s blood.

WSU chemistry Professor Herbert Hill and member of the team said that existing technologies — including those already used by airport security and customs agents for detecting drugs and explosives should be re-purposed to test breath for THC. The hand-held device being developed at the university that is able to identify THC in someone’s breath with the help of a technique called ion mobility spectrometry.

Hill said, initially the test will only be able to tell officers that some active THC is present in a driver, and it won’t be able to exactly determine how much. However, law enforcement agencies will find the test helpful when deciding if they should arrest a suspected impaired driver. Officers would still require to follow-up test results for evidence in court.

“We believe at least initially that it would lower the false positives that an officer would have.” Hill said. “They would have a higher level of confidence in making an arrest.”

The new research has had positive reception among many lawmakers and law enforcement agencies.

Sen. Adam Kline (D-Seattle) said WSU will be the “forefront…of supplying this kind of science and the technology that’s based on it to police all over the country.”

Bob Calkins, a spokesman for the Washington State Patrol, said the agency welcomes anything that helps them get impaired drivers off the road. He also said that the technology should be fully developed before being used on the field.

Hill said the main aim for his research team is to complete tests for the prototype marijuana breath test this year and start human breath tests between January and June of 2015. The team will then run field tests for the device.