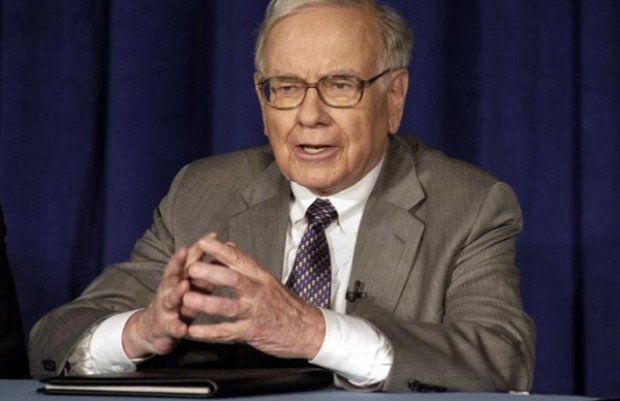 Echoing for U.S President Barack Obama has now been saying for a while, billionaire investor Warren Buffett recently made public his opinion that the United States government needs to end the extraordinary tax breaks that America’s super-rich community is currently entitled to.

In a New York Times opinion piece published on the 14th of August, Buffett said “My friends and I have been coddled long enough by a billionaire-friendly Congress. It’s time for our government to get serious about shared sacrifice.”

With the Unites States’ budget deficit being a massive issue, the deficit cut plan struck earlier this month being touted as “insufficient”, the credit rating downgrade that has followed and the market reaction all this has sparked off, the issue regarding whether America’s super-wealthy community will be taxed more or not is a key driver in determining deficit reduction figures.

In his opinion piece, Buffett outlines figures that clarify how tax burdens are currently shared.

Saying that the almost $7 million in income tax that he paid last year amounts to only 17.4 percent of his taxable income, Buffett compares this to the much higher taxes paid by the other people in his office, which range between 33 percent and 41 percent of their income.

Elaborating on the current tax structure, Buffett wrote, “If you make money with money, as some of my super-rich friends do, your percentage may be a bit lower than mine. But if you earn money from a job, your percentage will surely exceed mine — most likely by a lot.”

Arguing For Taxing the Rich

Comparing America’s current tax structure to the much higher tax rates for the rich that existed in the 1970s and 80s, Buffett wrote that “I have worked with investors for 60 years and I have yet to see anyone — not even when capital gains rates were 39.9 percent in 1976-77 — shy away from a sensible investment because of the tax rate on the potential gain.”

Arguing further for the need for the richest strata of the United States to be subjected to higher taxes, Buffett put forth the fact that 40 million jobs were added between 1980 and 2000: a hard-hitting number for those who maintain that higher tax rates hurt job creation.

Urging for “big money” to be saved, Warren Buffett emphasized the need for the 12-member committee that has been appointed for restricting United States’ finances to turn to revenues.

Buffett’s punch-line suggestion to this 12-member committee: “For those making more than $1 million — there were 236,883 such households in 2009 — I would raise rates immediately on taxable income in excess of $1 million, including, of course, dividends and capital gains. And for those who make $10 million or more — there were 8,274 in 2009 — I would suggest an additional increase in rate.”

Jay Raol
« ITRI comes out with i2R e-Paper which can be rewritten on over 250 times!
Fabric that Purifies Air: Green Fashion with Catalytic Clothing »
Leave a Comment
Close