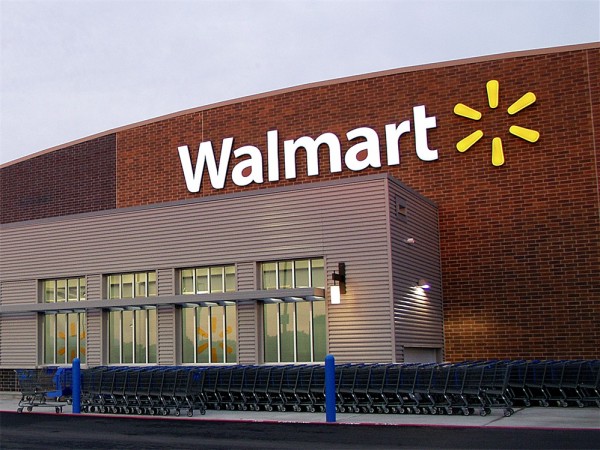 2.1 million. That’s how many people work at Walmart. It is the largest retailer in the world, and the largest private employer in the world. Called “associates” by Walmart, the sheer number of employees is just one of the many statistics that illustrate the monstrosity that is Walmart. In this month’s ‘Numberliciously Good’, Industry Leaders pays homage to the retailer that has probably provided a lot of our holiday presents and decor this season.

Walmart has almost 10,000 stores in 28 countries, under 60 different names. The company operates under its own name in the United States, including all 50 states and Puerto Rico. It operates in Mexico as Walmex, in the United Kingdom as Asda, in Japan as Seiyu, and in India as Best Price. It has wholly owned operations in Argentina, Brazil, and Canada. Walmart’s investments outside North America have had mixed results: its operations in the United Kingdom, South America and China are highly successful, whereas ventures in Germany and South Korea were unsuccessful.

On July 2, 1962, Sam Walton, a businessman from Arkansas, opened the first Wal-Mart Discount City store in Rogers, Arkansas. Within five years, the company expanded to 24 stores across Arkansas and reached $12.6 million in sales. In 1968, it opened its first stores outside Arkansas, in Sikeston, Missouri and Claremore, Oklahoma. The retailer that only seems to have exploded in popularity in the past decade has actually been around for almost 50 years (makes its 50th anniversary in 2012). And yes, Walmart started with the dash (and suggest the dash be used when referring to the company’s financial results or governance matters), but dropped it in 2008 during a corporate rebranding.

In it’s U.S stores, Walmart serves 100 million customers each week in the U.S (almost one-third of the U.S population). Walmart’s operations are organized into three divisions: Walmart Stores U.S., Sam’s Club, and Walmart International. Walmart Stores U.S. is the company’s largest division, accounting for $258 billion, or 63 percent of total sales for financial year 2010. It consists of three retail formats that have become commonplace in the United States: Discount Stores, Supercenters, and Walmart Markets. The most common of these three retail formats are the supercenters, with almost 3000 of them in the United States. Walmart also consists of a few other, yet popular, brands in the U.S, such as Marketside, Walmart Express, and Supermercado de Walmart.

Walmart has tons of competition, both in the U.S and overseas. As previously mentioned, Walmart stores have faced fierce competition in some foreign markets, and hasn’t been successful in all of them. In Germany, it had captured just two percent of German food market following its entry into the country in 1997 and remained “a secondary player” behind Aldi. In July 2006, Walmart announced its withdrawal from Germany, while Walmart stores continue to do well in the UK. In May 2006, after entering the South Korean market in 1998, Walmart withdrew and sold all 16 of its South Korean outlets to Shinsegae, a local retailer, for $882 million. Shinsegae re-branded the Walmarts as E-mart stores.

Walmart struggled to export its brand elsewhere as it rigidly tried to reproduce its model overseas. In China, Walmart has succeeded by adapting and doing things preferable to Chinese citizens. For example, the retailer found that Chinese consumers preferred to select their own live fish and seafood, so Walmart stores began displaying the meat uncovered and installed fish tanks, leading to higher sales and eventual success in the Asian giant. The adaptation to the cultural preferences of the country is what has made the difference between success and failure for Walmart’s expansion overseas.

With international success comes international expansion, and that’s exactly what Walmart is doing. In January 2009, the company acquired a controlling interest in the largest grocer in Chile, Distribucion y Servicio D&S SA. In September 2012, Walmart announced it would buy Massmart Holdings Ltd. of Johannesburg, South Africa in a deal worth over $4 billion, giving the company its first stores in Africa. Besides South Africa, Walmart also has stores in Botswana, Uganda, Ghana, Nigeria, Mozambique, Malawi, Tanzania, Mauritius, Lesotho, and Swaziland. That’s 11 countries in Africa! Besides those previously mentioned, Walmart also has a presence and operations in Guatemala, Honduras, Nicaragua, and Costa Rica. Walmart first went international back in 1991, when it opened a Sam’s Club in Mexico City. Today, Walmart International is the fastest growing division of Walmart’s operations, with over half of its stores located outside of the U.S.

Walmart’s 49-plus years of success would not be possible without the hard work of its 2.1 million employees staffed all over the world. These associates work the floor, keep the supply chain moving, and manage all of the operations necessary to keep those Walmart stores open and meeting customer needs. This industry leader is both loved and hated, but has made it big on its promise of low prices.

The big tech cloud-based software companies such as Zoom, Snowflake, Asana, Airbnb, Amazon, Salesforce and Palantir have all witnessed a rise in stock prices as work from home and
21 mins ago