Walmart Metaverse: The new technology to work on its own Walmart cryptocurrency, Walmart digital coin, and non-fungible tokens (NFTs).

Do you know about Walmart accepting cryptocurrency in the near future? Walmart has always been known for its low prices, but now they want to become a part of virtual Reality (VR). The company, as of now, is working towards achieving the Walmart metaverse. What does this mean? VR is a new type of media that allows users to interact with their environment through immersive experiences. In this exclusive report, we offer a sneak peek into the metaverse cryptocurrency and what the Walmart metaverse will offer its loyal customers.

The technology was originally developed for military training purposes, but today it’s used for entertainment, gaming, and even shopping. Virtual Reality is becoming increasingly popular, especially with millennials. If you haven’t tried it yet, you should give it a try.

Welcome to the Walmart metaverse! Walmart is reportedly working on its own Walmart cryptocurrency, Walmart digital coin, and non-fungible tokens (NFTs).

New registrations from the big-box retailer suggest that they intend to develop and sell virtual goods, such as electronic equipment and home décor and furnishings and children’s toys, shortly. 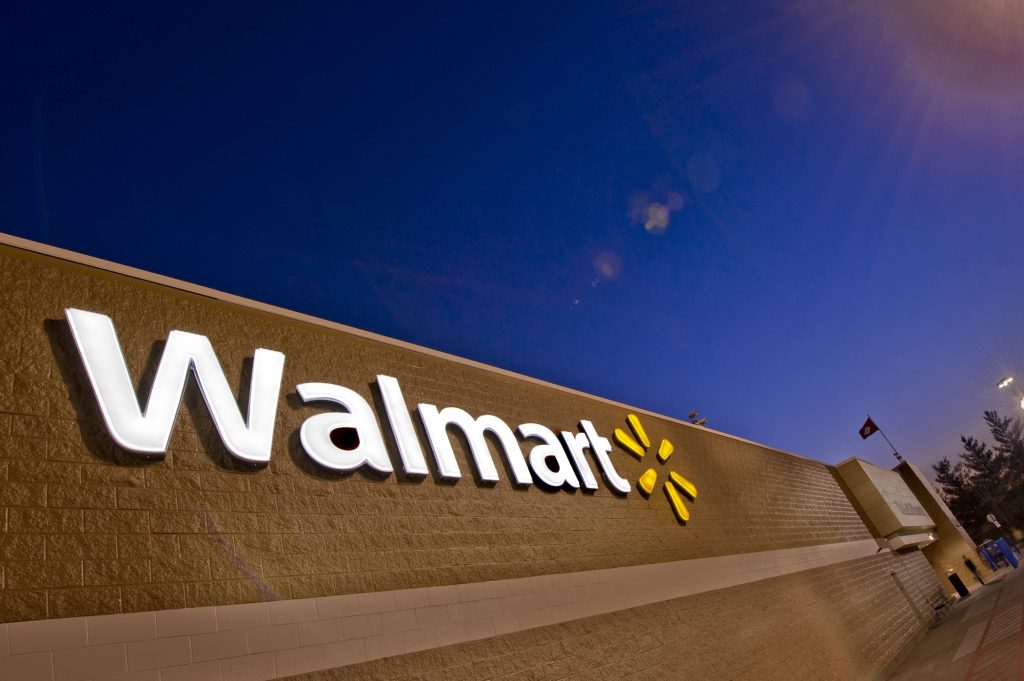 Virtual Reality (VR) was originally meant for military purposes but is soon going to be a part of our daily lives.

According to a document, Walmart plans to introduce NFTs and virtual currencies. Sooner or later, the news of Walmart accepting cryptocurrency will become known. According to the USPTO, Walmart filed its patent and trademark applications on December 30th and is working towards owning its metaverse cryptocurrency. There were a total of seven separate entries that needed to be evaluated.

Walmart said in a statement that it is looking into how the metaverse cryptocurrency might improve future shopping experiences, the reason why they are slowly slipping into owning the Walmart metaverse where the use of Walmart crypto can be obtained. These specific trademark claims are not answered when questioned.

The business went on to say, “We’re constantly trying out new things… If you have an idea, you may turn it into a product or service and make money from it. When necessary, “we test, iterate, and learn from,” he says.” According to a trademark attorney, “the filings are pretty serious.” Bitcoin, the metaverse, and the virtual worlds that appear or already  appear to be the subject of a lot of effort behind the scenes.”

According to Gerben, Facebook’s rebranding as Meta, which reflects the company’s objectives beyond social media, has been a tumultuous trip. Gerben claims that the company has just understood how important it is to safeguard its intellectual property while it is in orbit. Gap is also selling brand-new, never-before-seen sweatshirts with the company’s renowned insignia.

According to trademark filings, Nike plans to offer virtual branded sneakers and clothing in the future. Nike-land, a new virtual environment developed by Roblox and Nikeland, is set to launch later this month. The company purchased a virtual sneaker called RTFKT (pronounced “artifact”) for an undisclosed sum.

According to a statement from the garment maker, you can obtain a real sweater with your NFT for anywhere from $8.30 to $415. To date, both Adidas and Under Armour have sold out of their NFT debuts. The value of tokens on OpenSea’s NFT exchange has increased significantly.

As Gerben pointed out, Ralph Lauren, Urban Outfitters, and Abercrombie & Fitch have all registered trademarks indicating that they want to start an online store shortly. According to CB Insights, retailers and brands may be able to generate new revenue streams by making such an effort.

Using NFTs to “tokenize” physical goods and services could help organizations save money on online transactions by lowering transaction fees. According to CB Insights, NFTs might be used to verify the authenticity of high-end goods like Gucci and Louis Vuitton. According to Gerben, retailers are only a matter of time away from constructing their metaverses.

Frank Chaparro, director of crypto-information services provider The Block, says many shops are still feeling the impact of being late to the e-commerce game, and they don’t want to miss out on the metaverse. As for retail businesses, Chaparro thinks it’s a win-win situation. Is the company’s reputation at risk if it just hands out NFTs to a select group of people in a random drawing?” If all goes successfully well, the Walmart metaverse would be one not to miss out on.

Christy Gren
Christy Gren is an Industry Specialist Reporter at Industry Leaders Magazine she enjoys writing about Unicorns, Silicon Valley, Startups, Business Leaders and Innovators. Her articles provide an insight about the Power Players in the field of Technology, Auto, Manufacturing, and F&B.
« Defining Entrepreneurship in Business
Why Is Google Spending $1 Billion On Its Offices? »
Leave a Comment
Close