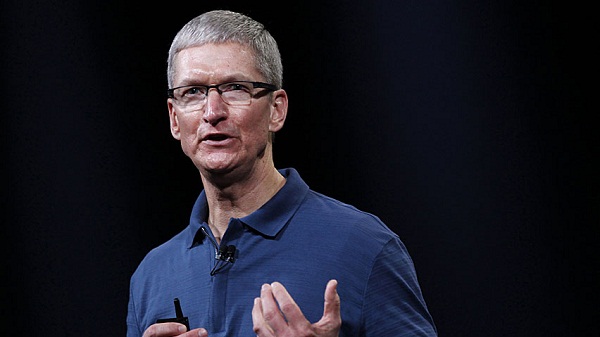 Tim Cook, the Chief Executive of Apple Inc., showcased the new Apple Inc. management team, comprising mostly of familiar faces on the 31st of October. The move, however, did not manage to generate much excitement on Wall Street and ultimately resulted in its shares dipping to a three-month low.

Apple Inc. has been struggling with questions regarding a visionary-leadership vacuum since the death of Steve Jobs. The company stunned shareholders on the 29th of October by declaring the new Apple Inc. management team and the dismissal of retail chief John Browett and chief mobile architect and Apple Inc. veteran Scott Forstall. John Browett had been on the job for a period of just six months.

Chief Executive of Apple Inc. Tim Cook passed over the bulk of Forstall’s responsibilities to Craig Federighi, the software chief for Macintosh, while a few portions of the job were assigned to feted designer Jony Ive and Internet leader Eddy Cue.

The loss of Apple Inc. veteran Scott Forstall, who served as confidant to Jobs, along with resurgent talks regarding internal strife, increased doubts over whether Cook, the Chief Executive of Apple Inc., and his newly-appointed crew have the aptitude necessary to come up with the next big ground-breaking product.

The shares of Apple Inc. fell by 1.4 percent to reach 595.32 by the end of the day. The company lost almost a tenth of its net value in the course of this month, which has seen the greatest monthly loss since late in the year 2008. Apple Inc. has dropped after attaining an all-time high amounting to $705 in the month of September.

Shareholders feel that the introduction of a new Apple Inc. management team in a corporation that normally excels at delivering positive results forms the latest cause for concern regarding the future of a corporation which has at present a lot more value than almost any other corporation in the world.

The target set by analysts was undershot by the company in the fiscal third quarter which also happened to be the second disappointment straight in a row. The newest Maps software has not been much of a commercial success. Even this month, Apple Inc. made an entry into the small-tablet market with the new iPad mini, sales of which are still lagging.

Shareholders concerns at present focus around the availability, demand and profitability of new products, such as the iPad mini which is geared to hit stores on the 2nd of November. Market analysts agree that the abrupt departure of Apple Inc. veteran Scott Forstall did not help matters as uncertainties still persist over management. Amidst the infighting in the company after the death of Jobs, Cook seems to be unifying his soldiers. The company did not comment beyond the announcement on the 29th of October.

The new team appointed by Chief Executive of Apple Inc. Cook has to meet high expectations given the circumstances and doubts remain over whether they will be up to the task. However, there are people within the company who have welcomed the new Apple Inc. management team wholeheartedly since the direction and style adopted by Apple Inc. veteran Scott Forstall met with a lot of critics.