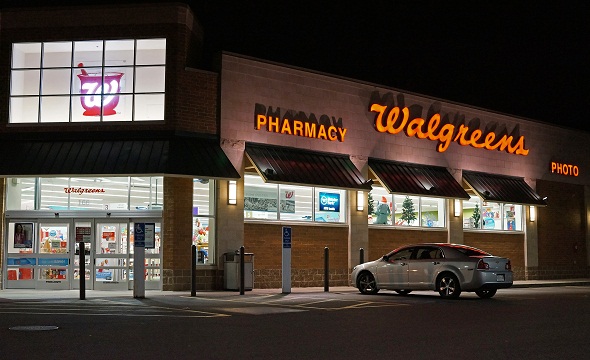 Under the new deal, the company will begin trading on the NASDAQ under the name “WBA,” or Walgreens Boots Alliance.

The two companies are planning strategic partnership with their eyes on global expansion in the coming years. Under the new deal, the company will begin trading on the NASDAQ under the name “WBA,” or Walgreens Boots Alliance.

The Walgreens Boots consolidation is a groundbreaking target achieved by the nation’s largest drugstore chain and Europe’s largest pharmaceutical wholesaler, bringing together iconic brands, complementary geographical presence, a shared vision, and a history of being trusted healthcare service providers.

Walgreen began its journey toward the acquisition in 2012, when it acquired a 45 percent stake in Switzerland-based Alliance Boots for $6.7 billion with the option to later buy the remaining 55 percent. Shareholders approved that deal for $15.3 billion.

The acquisition will greatly expand Walgreen’s presence internationally. The combined company has over 12,800 outlets spread over 25 countries, 340 pharmaceutical distribution centers, and 370,000 employees. One of the significant aspects of the merger is the creation of the largest pharmaceutical wholesaler and distribution network in the world.

As announced earlier this month, CEO Greg Wasson will retire as the deal is now completed.

“The creation of Walgreens Boots Alliance is a crucial milestone for both Walgreens and Alliance Boots, combining iconic brands … each dating back more than 100 years,” Wasson said in a statement.

Stefano Pessina, Italian-born nuclear engineer turned drugstore mogul and president of Alliance Boots will take up the position as the acting CEO of Walgreens Boots Alliance until a permanent replacement is found.

“We have forged a worldwide health care champion,” Pessina said. “Becoming global gives us the ability to generate significant and sustainable benefits for local markets and all stakeholders.”

Walgreen has already established itself as the nation’s largest drugstore retail chain and now as part of the new entity, it will work towards delivering outstanding growth. The consolidation of the two companies will create an unprecedented global leader in the pharmacy space in the form of Walgreens Boots Alliance.

Christy Gren
Christy Gren is an Industry Specialist Reporter at Industry Leaders Magazine she enjoys writing about Unicorns, Silicon Valley, Startups, Business Leaders and Innovators. Her articles provide an insight about the Power Players in the field of Technology, Auto, Manufacturing, and F&B.
« China issues record fines on corporate polluters
Acer Unveils Its First Ever Chromebook With 15.6-Inch Display »
Leave a Comment
Close