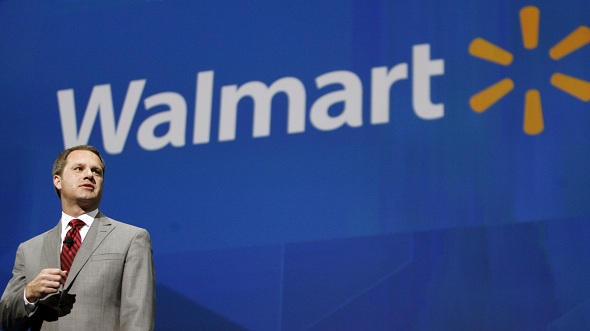 Wal-Mart plans its own $50 per year shipping service to take on Amazon Prime.

Wal-Mart, the world’s largest retailer plans to test a new unlimited shipping service for online shoppers this summer that will be priced lower than Amazon’s $99 per year Prime service.

The retail giant announced on Wednesday that the shipping subscription service will cost customers $50 a year. The products purchased through its website will be delivered within three days or less, which is a little longer than the two-day window that Amazon normally offers on Prime-eligible items. And initially, Walmart will not be offering as many features like free video and music streaming that Amazon Prime provides.

Walmart said the service will be available by invitation only for now and also limited geographically. However, the retailer gave no information regarding the markets that would have access to the service.

While Wal-Mart offers more than 7 million products on its website, the service will only be eligible on 1 million top-selling items, from toys to electronic gadgets. Amazon claims nearly 20 million items being available for Prime shipping.

Company spokesman, Ravi Jariwala said that the new service is in response to growing demands from consumers who are seeking speedy and affordable shipping. It’s also part of the retail giants overall strategy to find new ways to serve consumers who are increasingly researching and purchasing on their mobile devices or PCs and are looking for convenience. He said that customer feedback will direct how the service will evolve in the future.

The new service emphasizes Walmart’s effort to secure a larger share of the online sales market from Amazon, one of the Internet’s biggest retailers. However, Amazon is clearly having success with Prime that was launched 10 years ago and perhaps Wal-Mart has realized it’s time to play the game as well. The new service appears to challenge Amazon Prime.

Besides Amazon, currently Wal-Mart is considered one of the digital giants having earned nearly $13 billion of the e-commerce market. However, their sales are declining in recent years and a Prime-like service could help Wal-Mart bolster its e-commerce sales.