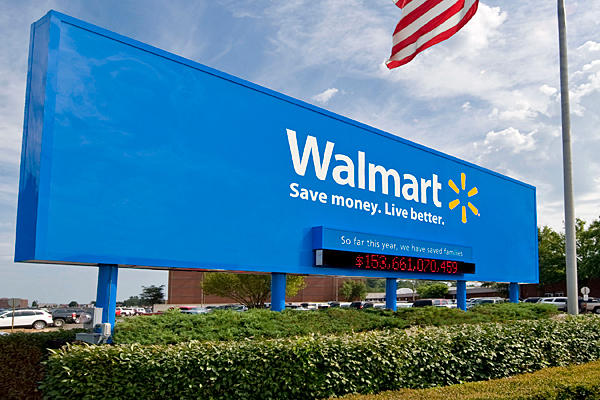 On the 23rd of November, the Indian joint venture of Wal-Mart Stores Inc. and Bharti Enterprises Ltd informed that its several workers had been suspended as part of a probe launched by the world’s biggest retailer into alleged serious infringements of US anti-bribery laws at some of its foreign units. The accusation could slow down and even destroy the Wal-Mart Stores Inc.’s attempt to open its stores in India.

The world’s largest retailer, based in Bentonville, on the 15th of November announced that it launched investigations regarding alleged violations of US anti-bribery laws at its units located in India, Brazil and China. As it was reported, both the US Department of Justice and the Securities and Exchange Commission had started their own investigations as Wal-Mart Stores Inc. had been accused of bribing Mexican authorities so the company could launch its new stores and get around time-consuming procedures.

As it was stated by a source familiar with the matter, the Wal-Mart Stores Inc. anti-corruption commission rallied some of its workers who were then told not to enter Bharti Wal-Mart’s office until after the bribery probe. Even though both the US retailer giant as well as its Indian joint venture rejected to name people, who were suspended, Bharti Wal-Mart’s chief financial officer is said to be one of the suspended workers.

Delay in Wal-Mart’s launch in India

The long-planned launch of Wal-Mart’s cash-and-carry stores in India has been also delayed due to the bribery probe. The opening is said to take place after the investigation, but it was not specified how long the probe would take.

Wal-Mart Stores Inc. underlined its commitment to the opening of its stores in India, stating: “We remain excited about the opportunity to grow our business in one of the world’s most vibrant economies.” It was in 2007 when the US retailer giant started a wholesale joint-venture with Bharti Enterprises Pvt. Wal-Mart’s stores were planned to open in 2014.

Just in September the government of India decided to relax foreign investment laws in the sector to permit foreign supermarkets to stop a decrease in economic growth. The decision has faced massive protests. Therefore the bribe allegations might be used by Indian opposition parties and allies, who oppose to letting global retailer giants including Wal-Mart Stores Inc. enter the Indian retail market. On the 22nd of November, at the winter opening session of the Indian parliament, the opposition demanded a new debate over the issue of foreign investment regulation in the retail sector.

Moreover Indian authorities launched the investigation as allegations toward the operations of Wal-Mart appeared.  The company was accused of plowing $100 million in a domestic unit which is owned by Wal-Mart Stores Inc.’s joint-venture partner.

Anna Domanska
Anna Domanska is an Industry Leaders Magazine author possessing wide-range of knowledge for Business News. She is an avid reader and writer of Business and CEO Magazines and a rigorous follower of Business Leaders.
« Reckitt Benckiser to pay $1.4bn for Schiff Nutrition
MegaFon Pitches International Stock Market Float Worth $2bn »
Leave a Comment
Close