Amazon Prime Day Sale is here, some tricks to get the best deals 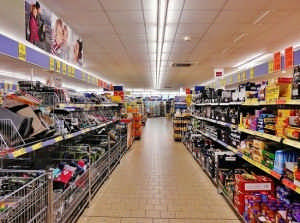 The online price war is heating up. Wal-Mart is launching a massive sale that will take on Amazon’s annual Prime Day promising more discounts than Black Friday, the retailer announced Monday.

Amazon triggered the competition last week after it announced it would offer its Prime customers steep cuts on certain items on Wednesday, July 15, called Prime Day. Prime customers are those who pay a yearly $99 fee to gain access to some of the deals on the online site that offers free two-day shipping along with access to video streaming and music. According to Amazon the deals offered on Wednesday would be much bigger than its Black Friday offerings, which is in honor of the company’s 20th anniversary.

So Wal-Mart announced it would launch its own rival sale with more online discounts. The company is offering its special customer rollback prices on the same day — Wednesday, July 15 — and the deals are said to continue.

According to a Wal-Mart blog, the lower prices will cover items in categories like home, baby, toy and electronics bargains and the sale will last for 90 days. President and CEO of Walmart.com, Fernando Madeira said that the offerings will include more than 2,000 online exclusive deals. Wal-Mart also criticized Amazon for making its lower prices available only to its Prime members.

On Monday, Wal-Mart reduced the minimum order for free shipping. Customers can now order $35 worth of merchandise online, down from the previous requirement of $50. The deal will last for at least 30 days.

Amazon announced that July 15, Wednesday will include best deals, with new ones being offered as often as every ten minute. People will be able to shop Deals of the Day, thousands of Lightning Deals and would also be offered unlimited Free Two-Day Shipping, the retailer’s website explained.

Prime members can check out offers on electronics, video games, toys, movies, clothing, lawn and garden, patio, sports and outdoor products and many more, according to Amazon.

Not to be outdone, Wal-Mart also announced special deals including something called atomic deals, according to Maderia’s blog entry. However, neither of the retailers has announced specific sale prices on items yet.

The fight for retail domination has just escalated between Wal-Mart and Amazon.com. In May, Wal-Mart said it would begin testing a Prime-like service this summer, offering unlimited, free three-day shipping to customers for $50 a year.

Christy Gren
Christy Gren is an Industry Specialist Reporter at Industry Leaders Magazine she enjoys writing about Unicorns, Silicon Valley, Startups, Business Leaders and Innovators. Her articles provide an insight about the Power Players in the field of Technology, Auto, Manufacturing, and F&B.
« Facebook changes enable users to control exactly what they see in their News Feed
Nokia reportedly seeking partner to make a comeback into smartphone business »
Leave a Comment
Close