Makerbot products will be able to 3D print objects with metal, limestone and wood

Jim Koch, co-founder and chairman of Boston Beer Company spills the secret to not getting drunk!

We’ve all tweeted at least once in our life, how coffee is our only alarm clock, right? And we all share the same philosophy, no humans before coffee, no coffee – no wakey. Looks like Nescafé has just the thing to make it all easy: a lid with a built-in alarm clock! The alarm lid is developed by Publicis Mexico, a creative agency in Mexico City, and NOTCOT’s NOTLabs an L.A.-based design studio and illustrator Charmaine Choi. The 84-year-old company Nestlé’s Nescafé 3-D printed limited edition cap that glows and plays different sounds to wake you up! The cap uses seven different sounds to wake you up which are synchronized with the light that glows. The tones are scientifically proven to create a soft and natural awakening like a shining beacon of hope to a magical day that awaits. 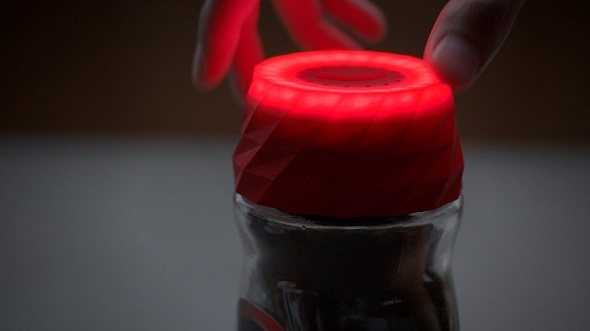 The alarm parts were individually hand- assembled in the NOTLabs office using a Makerbot desktop printer, while the red exteriors of the cap were in California printed by 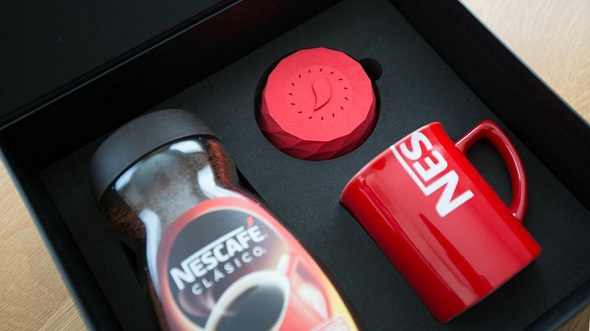 Making of the Nescafe Alarm Cap Nescafé approached Jean Aw, founder of NOTCOT and the co-founder of NOTLabs with a very unusual idea. “Having been covering design for the last nine years, I’d been itching for new projects to explore and we’ve been sharing our experiments on NOTCOT with readers as we’ve played with our huge laser cutter, 3D printers, wood/electronics shop, garage and more,” said jean Aw. “So, when Publicis Mexico reached out to us with the concept of a 3D Printed Alarm Cap that would turn off when the bottle is opened, we were thrilled to collaborate with them to design and bring it all to life.” 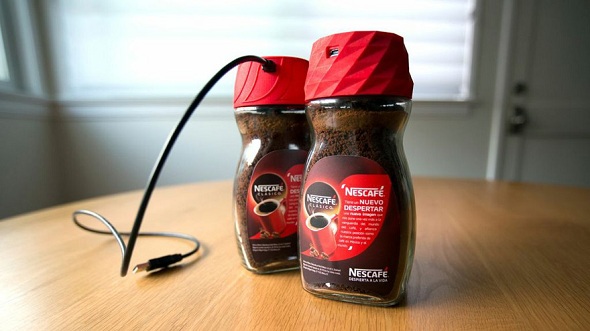 Describing the whole process right from the how they worked on developing a concept to how the first cap was created “We were faced with a short time frame, so finalizing the design/electronics and production were nearly simultaneous,” Aw says. “The three main aspects of the design/production are Electronics, 3D Modeling/Printing and Assembly.” Eric Brockmeyer, a Pittsburgh-based digital fabrication designer, collaborated with NOTLabs to help them with the design parts as well as the code of the alarm clock. The new design also unleashes new avenues for designers who can now collaborate with corporate to mass produce such concepts on a bigger scale “Just don’t 3D print something just to say it’s 3D-printed,” Aw says. “Make the most of what 3D printing offers—from small run designs, have every print be unique, print on the fly, explore different materials (plastic, sugar, metal, ceramic), let your buyers personalize each print, etc.—get creative with the possibilities!” 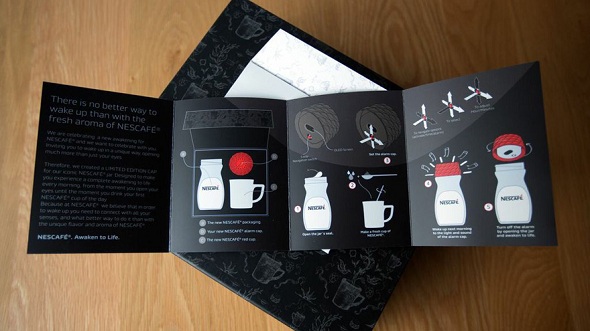 The lid features an electronic display which shows time and status of the clock. A USB port allows the alarm clock to be plugged in and charged. Currently 200 limited edition caps have been manufactured and tested throughout the world by coffee enthusiasts.

Christy Gren
Christy Gren is an Industry Specialist Reporter at Industry Leaders Magazine she enjoys writing about Unicorns, Silicon Valley, Startups, Business Leaders and Innovators. Her articles provide an insight about the Power Players in the field of Technology, Auto, Manufacturing, and F&B.
« European Union Requires Google To Work On A Tool To Remove Links
Youtube in Possible Acquisition Talks of Twitch for $ 1 Billion »
Leave a Comment
Close