EVs have arrived in the US. The support system is still playing catch up.

The CEO of VW Group of America, Scott Keogh, warned that the United State might face challenges in the electric vehicle industry as battery production and skilled labor must be ramped up to meet increasing demand.

Keogh, told an Automotive News forum in Washington that the move to EVs is the single biggest “industrial transformation in America” and the country must work diligently to ensure this trend continues. He particularly highlighted the need for skilled labor, key raw resources, and supply chain issues. 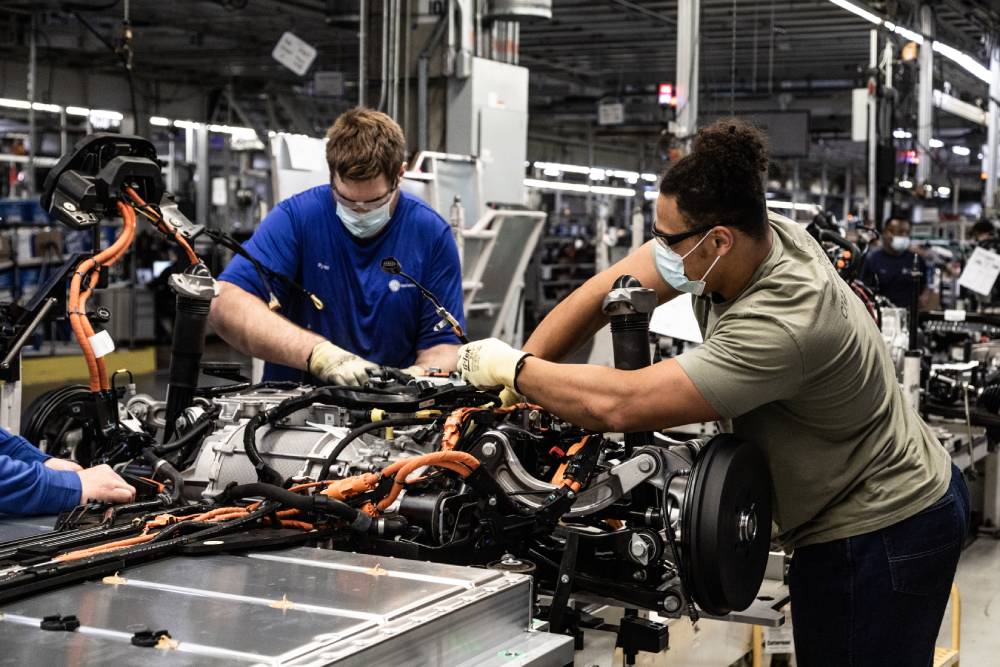 Workers assemble batteries at a Volkswagen factory while VW US Head Scott Keogh advised the US to be ready to meet challenges in electric vehicle industry.

In 2021, the EV market in the US grew by leaps and bounds, breaking records as nearly 607,600 light electric vehicles were sold, up by almost 83% in comparison to 2018.  While Tesla dominated the plug-in electric vehicle market in 2021, it was closely followed by the Volkswagen Group, whose electric vehicle sales soared worldwide. An encouraging phenomenon, the statements by the CEO VW North America indicate the shift in consumer mentality and serve as sound advice to upcoming EV titans. As the US government has committed to ensuring that half of all vehicle sales must be zero emission by 2030, many carmakers and battery manufacturers have invested billions into making this goal a reality. Lofty energy targets are in place as plants across North America work to scale up EV battery production and EV offerings.

According to Keogh, the US is making 150,000-200,000 batteries a year and that seven years from now the nation must be equipped to produce 8.5 million batteries annually to meet demand. Looking at its future prospects, he commented, “this is a scale of investment that honestly is going to make the industrial revolution look like a cake walk. It’s massive.” He also noted that it is imperative to boost manufacturing capacity.

Early in June, the CEO of VW Group of America told CNBC in an interview that they “are actively in the process of looking at another production facility and also looking at a battery facility.” The German automaker has plans to establish new assembly and battery facilities in the US to capitalize on what it considers an upcoming and lucrative market. The current administration has been keen on promoting EV production in the country. Volkswagen had previously committed $7.1 billion to boost EV efforts in North America.

He pointed out that a concentrated effort must be made to turn America into a manufacturing society again. In 2000, the US manufacturing sector accounted for nearly 17 million jobs but today the number has fallen steeply and hovers around 12.8 million. He observed that the US has moved from manufacturing to the service industry. “The challenge of getting somebody who’s been working at a Starbucks taking 20-minute breaks, smoking a cigarette out back and is now jumping into a factory … is a whole new world.” He also admitted that it will be “brutal, difficult, challenging work.”

Overall, in the US, manufacturers were looking to increase their research and development expenditure as electric vehicles have takers in millennials and Gen Z who are more likely to buy an electric powered vehicle over a gas-powered one.  Automakers are also working on increasing options in the EV segment, bolstered by record sales achieved by Tesla, which is currently dominating the US EV market. The challenges in electric vehicle industry can be tackled slowly and surely and more competitors enter the market, bringing better vehicles for customers, along with jobs.