Volvo could you please drive me ? 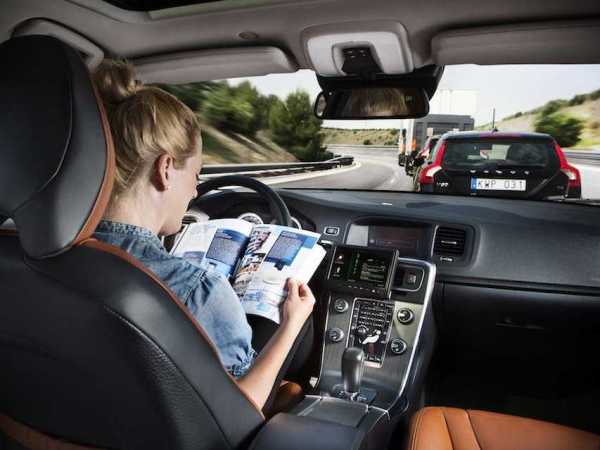 Volvo is the company that has for decades enjoyed the reputation of the car producer that brings safest cars on the roads. Today with all this fast improving technology where future cars will be able to drive us by themselves, having the reputation of the safest one is more than desirable. Seems like main people in the company became aware of mentioned and Volvo has just joined other auto manufacturers that already launched cars able to drive us, without our control.

Swedish-based company is the latest among car producers that are coming out with autonomous vehicles; new project in Volvo Company that includes self driving cars is easily recognizable called “Drive Me”. The project will take place in Sweden in city of Gothenburg some 50 kilometers away from busy roads and will bring 100 self driving Volvo cars on the streets.

Volvo technical specialist Erik Coelingh explained some details, but all in all the most important aim for them is to make cars able to handle all possible traffic scenarios by itself, like one of them is leaving the traffic flow and finding a safe spot if the driver is unable to regain control. With their approach based on the principle that autonomously driven cars must be able to move safely in environments with non-autonomous vehicles and unprotected road users, they can really say that they are launching self driving cars. Even with this type of vehicles Swedish-based Company wants to stay on top when it comes to safety on the road, increasing road safety is their central objective and something that they have been working on for some time in a program called 2020 Vision. Volvo Drive me cars, which would be able to avoid accidents are prove for that they are putting a great effort into keeping road a safety place.

Although some years back it would be impossible for you to visualize a car that doesn’t even need a driver, future time has arrived, seems like the only thing this one is missing is a personality. Drive me automobile can handle all driving functions required by the driver except for time-to-time scenarios that are too hard to be predicted, the cars will also be able to self-park without the driver in the car, sounds almost funny but this is what highly autonomous car means. The first model to be a car like this under the name Volvo will be the new Volvo XC90, unveiled already in 2014. So even though Drive Me project will start in 2014, the first cars aren’t expected on the road until 2017.

When it comes to self driving cars and developments in this kind of technology Google has been leading one in past couple of years, but it has been reviled recently that they are looking for a car company partner. Who knows which car company might end in the combination with Google, but besides Swedish based Company there are several automobile producers now that already are participating in self driving cars offers. Beside Volvo list includes Nissan, Audi, Ford, Mercedes Benz, Cadillac, Tesla, Delphi and Toyota, so yours is only to pick which one you would believe most when it comes to car that would drive you by itself.

A report by blockchain data platform Chainalysis reveals that nearly $14 billion in cryptocurrency were sent to illicit addresses in 2021.
4 hours ago