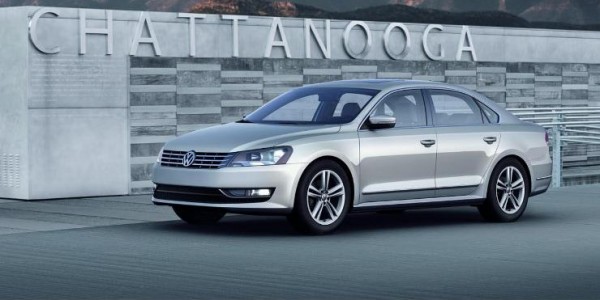 The German automaker, Volkswagen, said it has plans to generate nearly 800 new jobs at its Chattanooga plant, United States, to speed up production of the Passat. Volkswagen said that with the 200 new jobs Volkswagen plant officials said in January it would create, the factory will provide for a total of 1,000 more slots by the end of 2012 as it tries to keep up with demand for the fast-selling Passat.

Marty Padgett, editorial director of High Gear Media said, “Every vehicle manufacturer that has chosen to transplant to the U.S. has bought a big parcel of land. Volkswagen’s is probably twice as large as they need for their current operations. Their sister brand Audi has talked about building cars in North America. And it’s not difficult to see how the future plays out.”

Now, what’s interesting is that the new jobs will bring employment at the plant to more than 3,000. The plant builds around 35 cars per hour at the plant, which surpassed 50,000 vehicles in February. And, to a surprise, Volkswagen has already completed its first customer car last April 18.

Last week, Volkswagen, the world’s second-largest car company, said that it intends to increase deliveries and revenues in 2012 despite difficult trading conditions in Europe. Volkswagen will be investing $1 billion in its Chattanooga plant that had opened last spring. Now, this puts the company closer to the American consumer, a market crucial in its quest to become the world’s No. 1 automaker.

The chief executive of Volkswagen’s Chattanooga operations, Frank Fischer said, “The Passat is selling so well. We’ve had a hard time keeping up with orders.” In addition to that, Fischer also said that Volkswagen will tweak the plant to bolster the number of vehicles it can produce to 170,000 a year, up 20,000 over its current capacity.

Demand for Volkswagen Passat in U.S.

Not only are consumers feeling more confident, they also delayed buying as the economy sank. Their old fashion trucks and vans are now forcing them to look for new, fuel-efficient cars, such as Volkswagen’s Passat sedan. The Tennessee plant makes only U.S.-model Passats.

Jonathan Browning, CEO of Volkswagen Group of America said, “Quite plainly, we need more Passats to meet the market demand, and I’m glad that we can respond so quickly by adding staff in Chattanooga”.

The thing that the collapse taught automakers is to think conservatively. Volkswagen’s sales success has caused them to play catch-up. The new recruitment shows that Volkswagen,the world’s second-largest car company, is pretty happy with the plant,” says Dave Cole, chairman emeritus of the Center for Automotive Research. He adds, “The objective is to run the plant flat out with three shifts”. This definitely seems to a positive sign for Volkswagen.