Automakers from across the globe are solely concentrating on developing cars that are autonomous, or electric, or both. In the rat race of keeping up with the latest innovations in technology, these auto experts missed out on the basic aesthetics of driving. This is where the Volkswagen Golf R stands out. A lavish model in comparison to other VW models, the Golf R is the updated version of the five-year-old halo model. Volkswagen released this 2017 model without hue and cry so that the car would speak for itself. Millennials might wonder that what is so exceptional about this car. Is it sustainable? Not really. Does it let the customer sit back and relax while it drives itself? No. Then what is appealing in it? It lets the driver enjoy driving without causing physical stress.

It’s been a while since we came across a model which retained the basics of an ordinary vehicle but enhanced the driving experience. The Volkswagen Golf R aims to cater to this definite aspect. It does not boast of a humongous car with state-of-the-art features but offers enough room according to the needs of the user with ample of specs for better convenience. The car mainly focuses on its powerful performance, as it is a high-end model for Volkswagen. Starting at the price of $39,375, the car is expensive in comparison to the Volkswagen line of automobiles. 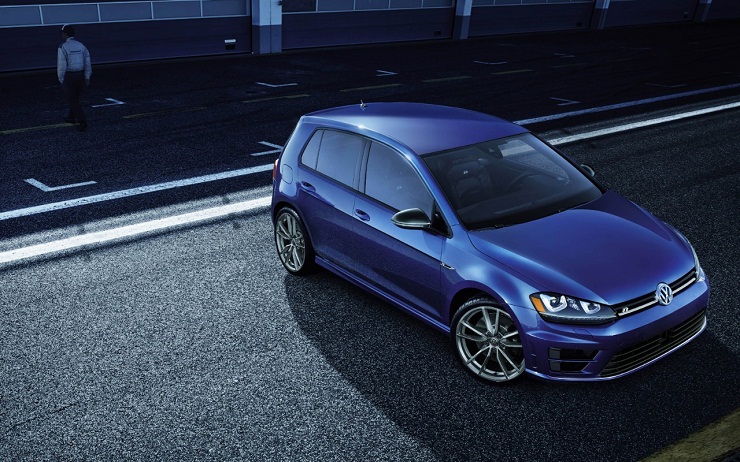 Its exterior design is simple yet attractive.

This car even beats the iconic GTI in the Volkswagen Golf range. The Volkswagen Golf R has room enough for the seating of five people. It provides 52.7 cubic feet of cargo space on flattening the rear seats. It comes with an all-wheel-drive configuration and a four-cylinder engine. This turbocharged engine is the reason behind the impressive power and drivetrain capability of the car. It may not be the fastest or the most powerful car in the market, but it definitely flaunts a smooth-shifting transmission, tight handling, and a well-trimmed interior. The turbocharged, 2.0-liter inline four of this 2017 model produces 292 horsepower and 280lb-ft of torque. It will be available with both dual-clutch and manual transmissions in the U.S. 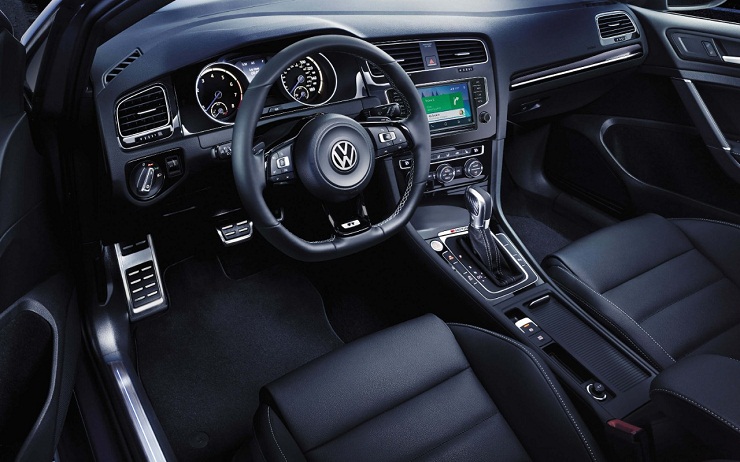 The upholstery of the model is of jet black leather.

The all-wheel-drive system of the Volkswagen Golf R improves traction and also contributes to a 4.9-second zero-to-60 mph run which can go on to 155-mph top speed. The fuel economy of the car is estimated to be 23 mpg in the city and 30 mpg on the highway due to consistent driving. The exterior design of the car is attractive in a subtle manner as the German automaker has not jazzed it up, instead designed it according to the needs of a veteran driver. The interior is full of jet black upholstery for a sleek look which adds to the appeal of the car.