Cost to Put the Volkswagen Emissions Scandal to Rest is $3 Billion and an F.B.I Arrest

German prosecutors have extended their investigation of Volkswagen Group’s emissions scandal to include the current chairman on the allegation that they failed to properly disclose U.S. diesel emissions probe to investors. Volkswagen’s long-serving CEO until September 2015 and now supervisory board Chairman, Hans Dieter Pötsch, is now under probe for manipulating the markets in the wake of the Volkswagen emissions scandal.

The U.S. environment authorities disclosed in September 2015 that Volkswagen Group had admitted to installing illegal emissions control software on some diesel vehicles to cheat on the emissions test. The alleged market manipulation set off a massive selloff of Volkswagen shares. 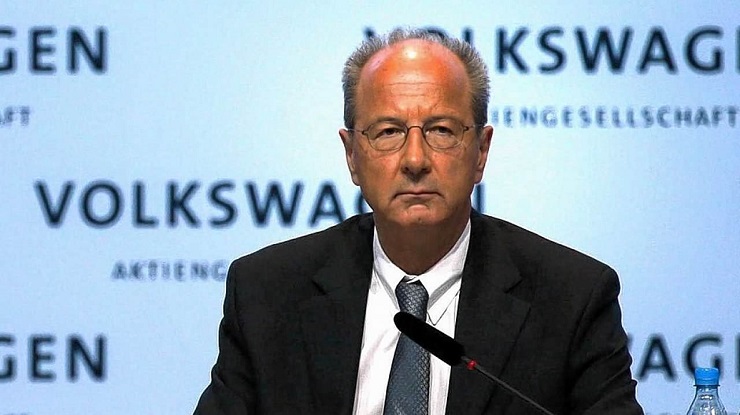 Use of Illicit Software

Volkswagen has admitted to having installed illicit software that deactivated pollution controls on over 11 million diesel vehicles sold worldwide. The Volkswagen Group’s emissions scandal nearly damaged its reputation and prompted the departure of CEO Martin Winterkorn.

A new discovery by the California Air Resources Board (CARB) says VW should be in hot waters by now. According to the CARB, if the steering wheel was not turned, the illicit emissions control software turned on a gear-shifting program. This, consequently, produced less carbon dioxide. This allowed the car to meet the emissions criteria. However, if the wheel was turned slightly off, even by 15 degrees as such, it turned the software off.

All Hammer, No Nail for VW Group

The investigation led by prosecutors in Braunschweig probes whether the VW Group promptly revealed the major financial risks coming from dieselgate when the issue arose in September 2015. VW Group shareholders are entitled to receive comprehensive reports on full financial risks to their investments.

Volkswagen Group says no evidence has emerged to suggest they failed to disclose ‘dieselgate’ to markets as early as possible.

“Based on careful examination by internal and external legal experts, the company reaffirms its belief that the Volkswagen Board of Management duly fulfilled its disclosure obligation under German capital markets law,” VW said in a statement.

A federal judge last month approved VW Group’s nearly $15 million settlement with US consumers and regulators over the dieselgate. The settlement will give VW car owners an option between buying buybacks or payouts and a free repair.

VW Group is facing criminal investigations in the U.S. and Germany. Additionally, there are other investigations that might trigger further financial fines. The Volkswagen emissions scandal, which is also the basis of civil litigation, is seeking at least $20 billion in damages. This includes fines, settlements as well as other costs arising from the Volkswagen Group emissions scandal. The bill might even continue to rise.

According to the automaker, the probe into Pötsch revolves around his tenure as Volkswagen CEO. Pötsch was CEO of Volkswagen Group from 2003 and was later promoted to chairman in October 2015 when dieselgate made it to the papers.

Anna Domanska
Anna Domanska is an Industry Leaders Magazine author possessing wide-range of knowledge for Business News. She is an avid reader and writer of Business and CEO Magazines and a rigorous follower of Business Leaders.
« 3 Recommended Books to Boost One’s Leadership Skills
HSBC Profits Fall 86% after Disposal of Brazil Operations »
Leave a Comment
Close