Vodafone moves in to buy out Kabel Deutschland’s minority shareholders

Kabel Deutschland Holding to be taken over by Vodafone for €2.1 billion (USD 2.5 billion).

Vodafone Admits Its Been Wiretapped Across Several Countries by Government Agencies

Vodafone Group recently announced an offer to purchase all minority shareholders of Kabel Deutschland Holding (KDG) for around €2.1 billion ($2.5 billion). This is an effort to bring an end to a lengthy legal battle.

Vodafone Company will offer Kabel Deutschland shareholders a staggering amount of €103 for each outstanding share. Once the offer works out, the British telecom operator will be the owner of around 93.8% of the outstanding share capital of Kabel Deutschland. The cash consideration for the share buyout will be funded from Vodafone’s existing cash resources and assets.

Vodafone stated that consideration for the buyer shares for which it received umpteen undertakings would total to €1.56 billion, rising to a staggering €2.12 billion if all the minority shareholders accepted the deal. Vodafone stated that the offer would be immediately earnings accretive and will be neutral to the credit ratings. It would also reduce its exposure to legal proceedings that are related to the Kabel Deutschland acquisition. 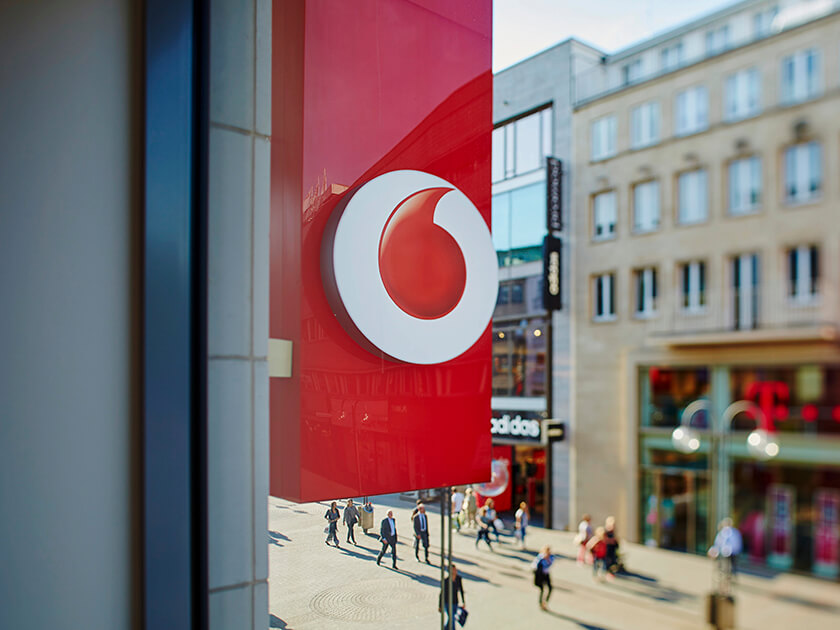 Vodafone soon to be the owner of 93.8% shares by acquiring KDH.

Vodafone stated that the minority shareholders, who represent around 17.1% of Kabel Deutschland’s share capital, accepted the offer put forward by Vodafone. Among the firm’s shareholders include activist hedge fund Elliott Advisors (UK) Limited and UBS O’Connor LLC. In 2013, the telecom company purchased a 76.8% stake in the German cable company through a voluntary public takeover.

Minority shareholders of Kabel Deutschland, including Elliott, appealed against a 2019 decision taken by a German court that gave a ruling that the mandatory cash offer put forward by Vodafone to the minority shareholders in the takeover was seemingly adequate. “As a result of the agreement of tendering shares in KDG [Kabel Deutschland] to Vodafone, the shareholders who accepted will immediately withdraw their appeal from the appeal court of Munich. Elliott also agreed and committed there wouldn’t be any further legal action taken against Vodafone to maintain absolute confidentiality and other restrictions.

Vodafone stated that if all the minority stockholders of KDG tendered their shares, the company’s net debt as of September 30, 2020, would rise from €44 billion to €46.1 billion. However, the offer most probably wouldn’t impact its current credit ratings.

Recently, HSBC analyst Adam Rumley increased the stock’s target price from 177p to 180p and maintained a Buy rating. Rumley is much optimistic as service revenues portray resilience in the face of COVID-19 pressures. He believes that operations and cost savings will be on track. The rest of the Street, too, supports Rumley’s bullish outlook. The Strong Buy analyst consensus predicts 12 back-to-back Buy ratings. Meanwhile, the share’s average price target stood at 182.10p and implied a 50% upside potential in the coming year.

Christy Gren
Christy Gren is an Industry Specialist Reporter at Industry Leaders Magazine she enjoys writing about Unicorns, Silicon Valley, Startups, Business Leaders and Innovators. Her articles provide an insight about the Power Players in the field of Technology, Auto, Manufacturing, and F&B.
« Iconic Women & Their Gems and Jewels
Oxford/AstraZeneca Covid vaccine to be approved by the UK within days »
Leave a Comment
Close