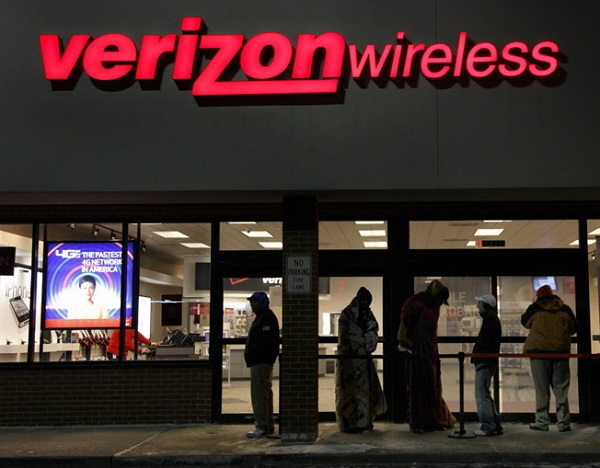 While Vodafone stressed that any deal to sell its 45-percent stake to US telecommunications group Verizon may well not be concluded, investors dived in to buy the British company’s shares.

A deal would help Vodafone, which is looking to bounce back from hefty losses, to pay down its debt, allow it to consider making further acquisitions and to return money to shareholders, analysts said.

“Vodafone notes the recent press speculation and confirms that it is in discussions with Verizon Communications Inc. regarding the possible disposal of Vodafone’s US group whose principal asset is its 45 percent interest in Verizon Wireless,” Vodafone said in a statement.

“There is no certainty that an agreement will be reached,” Vodafone added in a short release to the London Stock Exchange.

Reports stated that Verizon has developed a hypothetical structure for how a deal would look. The company would pay for the stake using a mix of stock and cash. Verizon is working with several banks to raise $10 billion from each, or enough to finance about $60 billion of the buyout.

In early morning trading, Vodafone shares were up 9.6% at 205.7 pence, the highest gainer on the FTSE 100 since 2002, adding more than $13 billion to the market value of the world’s second-largest wireless company. The acquisition would end a partnership of over a decade that has paid billions in dividends to Vodafone while constraining Verizon from full ownership of the most profitable U.S. mobile-phone company.

“This deal is extremely important for Vodafone for their convergence strategy toward more cable assets because pure mobile operators will certainly experience capacity bottlenecks in the future,” said Leopold Salcher, an analyst at Raiffeisen Capital Management, calling $130 billion “a very good price.”

Verizon and Vodafone have for many years tried to resolve their relationship.  As per reports in the month of March the companies had discussed options ranging from a buyout of the venture by Verizon to a full merger of the two carriers. Verizon, which owns about 55 percent of Verizon Wireless, has control over whether and when the unit pays its owners dividends.

Verizon’s stock soared a 13-year high in April, giving the company greater financial flexibility to make a bid. Ever since that peak, it has fallen about 14 percent. Vodafone, whose revenue trails China Mobile Ltd. (941), has lost about half of its market value since 2000, the year Verizon Wireless began service.

A buyout of Verizon Wireless would be the latest of a string of mergers and acquisitions in the U.S. mobile-phone market, which has surpassed Europe in technologies that enable faster Internet browsing and video streaming for computers and smartphones.

“The business is ‘spring loaded’ for a rebound when semiconductor supplies stabilize and more closely match demand.”
6 hours ago

Audi has confirmed that there will be multiple variants of the etron, including “basic versions optimized for minimum consumption and maximum range.
23 hours ago