IN BRIEF: Virgin Atlantic aims on reducing the pollution caused by its aircrafts. In order to find an alternative source of energy, Virgin Atlantic has collaborated with US-based Company Lanzatech. Lanzatech is well known for its specialization in low carbon fuel production. The result of this five-year partnership between these two companies is the production of 1,500 gallons of jet fuel. This jet fuel is produced from ‘Lanzanol’, Lanzatech’s low-carbon ethanol. 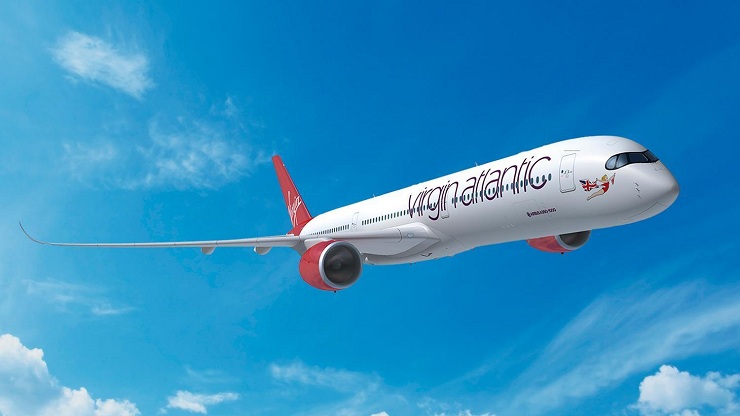 The production of the jet fuel is considered a major scientific breakthrough in the aviation field. This is because the constant emission of carbon by the aircrafts is a major reason to worry. This breakthrough might also result in the decrease of demand for fuel oils by the aviation companies. Demand for alternative sources of energy was never focused on as the prices of kerosene have dropped since 2014.

This green jet fuel attained from ‘Lanzanol’ is acquired from a fermentation process with alcohol. ‘Lanzanol’ was produced in China at the Roundtable of Sustainable Biomaterials-certified demonstration center in Shougang. This was further converted to jet fuel using a process developed alongside the Pacific Northwest National Lab and the US Department of Energy. Virgin Atlantic announced the production of this green fuel and aims on using it in commercial aircrafts by next year. Testing for the same is under process and also special aircraft might be designed to support this fuel. Virgin also announced that within two to three years it is planning flights with this new fuel. The routes followed will be from Shanghai and Delhi to Heathrow as Lanzatech develops facilities in China and India.

How beneficial is it for the environment?

This technology is currently being tested in New Zealand after which a larger demonstration will be planned in Shanghai. The process of the production of this jet fuel also helps in reducing the pollutants emitted by steel mills. This involves waste gases from industrial steel production being captured, fermented and chemically converted using Swedish Biofuels technology. Initial tests show that the Lanzanol fuel might result in 65 percent less carbon emission than conventional jet fuels. This can prove to be a turning point in the field of sustainable energy. On the other hand, the carbon emissions by the steel mills can be captured for this process. This will result in one-third of the emission being captured which would bring down the pollution levels drastically.

According to Lanzatech, around 65 percent of steel mills can be involved in this process. This would help the company produce 30 billion gallons of Lanzanol annually. This can be the raw product to create 15 billion gallons cleaner burning jet fuel. The given quantity is enough to replace one-fifth of the aviation fuel used yearly worldwide. Climate and aviation specialists believe that other aviation company should also take similar initiatives. It is important to realize that sustainable and low-carbon fuels will be impactful for a healthier environment in the future.

What’s the story behind those fudgy, cakey cookies? How did America begin to celebrate National Brownie Day?
19 hours ago