Tesla, Neoen to build a battery the size of a football field.

Tesla and Neoen Energy are partnering to build one of the world’s most massive lithium-ion batteries in Australia. As named and based in Geelong, the Victorian Big Battery will have a capacity of 450 megawatt-hours and will play a significant role in Australia’s transition from coal-fired electricity generation to renewables.

Victorian Big Battery to be built near Geelong

Victorian Big Battery, built near Geelong, will generate enough energy to power 500,000 homes for an hour. The facility will also be used to modernize and stabilize the energy grid located in Victoria. The government has decided on a policy objective to deliver half of the state’s energy requirement through different renewables by 2030. “By securing one of the biggest batteries of the world, Victoria is taking a decisive step away from the coal-fired power source and embrace new technologies that will unlock more renewable energy,” stated Lily D’Ambrosio, Victoria’s environment minister. 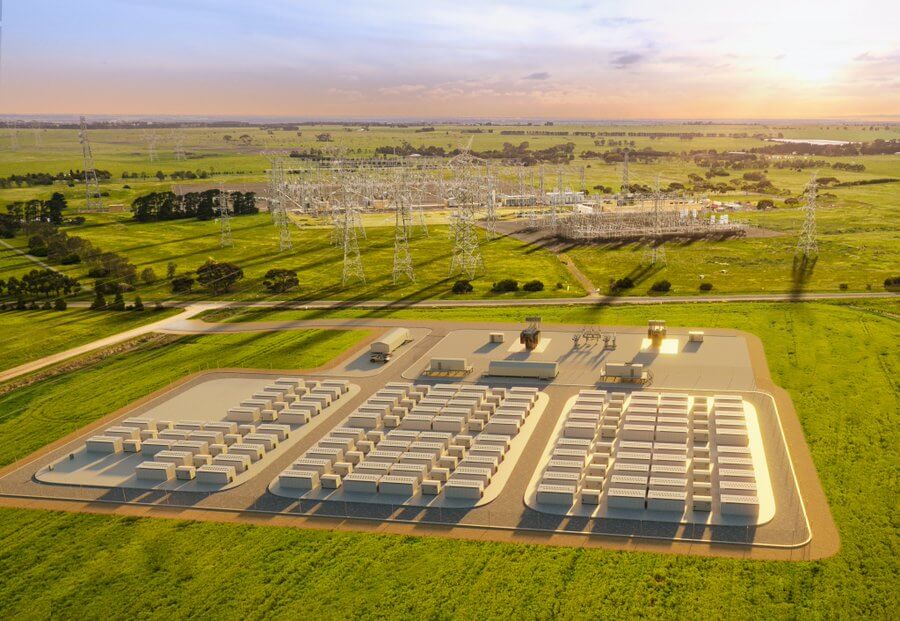 The 300 MW Victorian Big Battery, set to become one of the largest batteries in the world! (Image: Neoen Energy)

The world’s most powerful battery will help overcome the intermittent nature of solar and wind power by giving reserve capacity to the grid facility when required. Neoen is awarded a government contract to provide system integrity services to the electricity grid facility and deliver the 300MW battery using Tesla’s megapack technology by 2021 end.

Neoen and Tesla together built the Hornsdale Power Reserve. This is the world’s most giant lithium-ion battery in Australia in 2017 and initially had an output of 100MW before it was upgraded to 150MW in 2019. After a bet by Elon Musk, the facility was built in South Australia that he could install enough battery technology within 100 days to fix an energy crisis that caused statewide blackouts across Australia.

Neoen stated that the battery saved consumers $50m ($35.7m) in the first year of its operation. It was the first large-scale battery in Australia to provide efficient inertia and fast frequency services to the national electricity network. The energy system of Australia has been traditionally for years dominated by coal. However, many coal plants were shut down in recent years, driving coal consumption down to a 25 year low.

Tim Buckley of the Institute for Energy Economics and Financial Analysis stated that the decision by Tesla and Neoen was a good sign of momentum in Australia’s energy transition. “This is not a slow, orderly, incremental change. This is a great chance to see. This technology-driven energy transition is inevitable and accelerating.”

Many large-scale lithium-ion batteries are being built or planned as utilities install more renewable generation infrastructure across facilities to control greenhouse gas emissions. In May this year, Vistra Corp announced plans to add an extra 400 megawatt-hours battery to assist a 1,200 megawatt-hours battery under construction in California. Florida Power & Light also plans to build a 409MW battery and solar plant by 2021.

Commonwealth Fusion Systems secures more than $1.8 billion in Series B funding to commercialize fusion energy. The funding round was led by Tiger Global Management with participati
17 hours ago

The latest Coronavirus variant, Omicron, which is believed to be more transmissible and severe, might derail growth and recovery and raise costs, according to the Organization for
21 hours ago