Viacom Board Battle Has Turned in to a Corporate Soap Opera

Viacom board battle has become a national laughing stock. After months of an acrimonious, high-stakes legal challenge over the mental competence of 93-year-old Sumner Redstone, it seems that the corporate soap opera involving him and his family against the boardroom is what one would call ‘The Red Wedding’ after one of the most brutal and shocking episodes of Game of Thrones.

On Thursday, Viacom Chairman Emeritus Sumner Redstone axed his one-time protégé and Chairman and CEO Philippe Dauman from the controlling shareholder’s inner circle. In addition, he announced a major board shakeup in the board of National Amusements, ousting five directors and replacing them with five new members. 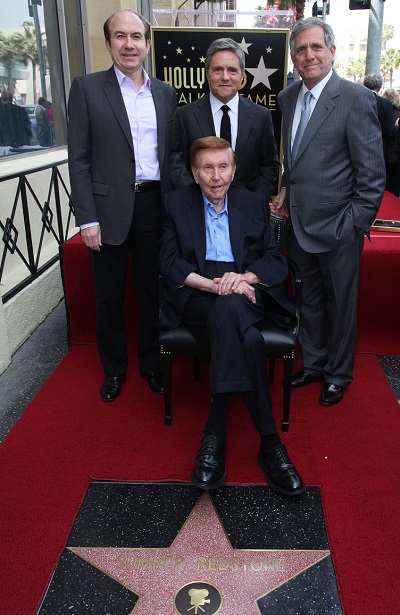 The vicious battle over the future control of Redstone’s $40 billion empire has now engulfed Viacom’s board too.

The five new directors are loyal to Redstone’s daughter Shari, who owns 20% stake at National Amusements. They will be replacing directors who were in Dauman’s camp. Shari is accused of being a puppet master to her ailing father. She has repeatedly asserted that her father is very much in control. However, ousted board members have time and again, accused her of breaching fiduciary duties. She has also been accused of calling the shots in an attempt to gain control over the trust and holding company.

The central question is, with the future leadership of Viacom at stake here, what will happen to the three companies owned by Redstone – Viacom, CBS, and National Amusements.

Will they be sold off after Redstone dies? Will they be consolidated under the control of Les Moonves, the CBS chairman and CEO?

This brings us to: Who is in and who is out?

Kenneth Lerer: Lerer is the managing partner at Lerer Hippeau Ventures, and is also the chairman of Buzzfeed and on the board of Business Insider. Previously, Lerer was chairman and co-founder of the Huffington Post.

Thomas J. May: May has no media industry experience compared to other new directors. He is the chairman of Eversource Energy, and also on the board of Bank of America and the Liberty Mutual Holding Company.

Judith McHale: McHale was general counsel for MTV Networks before she served as CEO at Discovery Communications from 1995 to 2006. She is currently the chief executive of Cane Investments, and also on the boards of SeaWorld Entertainment, the Ralph Lauren Corporation, and Yellow Media Limited.

Nicole Seligman: Seligman was the president of the Sony Corporation of America and Sony Entertainment before she stepped down in March this year. She is also on the board of WPP, the world’s largest advertising company.

The latest board composition is a newly aligned goal to match with the ongoing Viacom board battle. The news comes just three months after the directors were announced at the company’s annual meeting in March. It’s important to realize that Viacom board battle is poised to go down in the history for its gigantic governance flaws. Here’s the list:

ALSO READ: Is Bill Ackman the next Warren Buffett?

Just last month, Dauman who oversees MTV, VH1, Comedy Central, Nickelodeon, movie studio Paramount Pictures and a host of other valuable properties, filed a lawsuit. He maintains that Redstone lacks the mental acuity to make such decisions. “This dispute is not about Shari Redstone,” Robert Klieger, Redstone’s lawyer, noted. “It is about Mr. Redstone’s right to have the individuals he wants and trusts managing his assets upon his death.”

National Amusements too, has filed papers in the Delaware Court of Chancery asking the court to forbid the board from taking “any action outside the ordinary course of business.”

Tom Freston, former Viacom CEO, in an interview with CNBC, told that the board needed younger members who have a better understanding of the present media culture. He also said that it was time for Dauman to leave, citing loss of creative talent and the many strategic opportunities they may have been squandering. “They spent $18 billion, that is a ton of money, on stock buybacks, in a period in time where the whole world was changing and they could have bought any number of things like Time Warner and Disney and NBC – and others did. But they used all that money to sort of prop up the stock price.”

Anna Domanska
Anna Domanska is an Industry Leaders Magazine author possessing wide-range of knowledge for Business News. She is an avid reader and writer of Business and CEO Magazines and a rigorous follower of Business Leaders.
« Emirate’s Biggest Banks Merge to Create Middle East’s Powerhouse
The Surprising Reason Why Employees Trust Their Managers »
Leave a Comment
Close