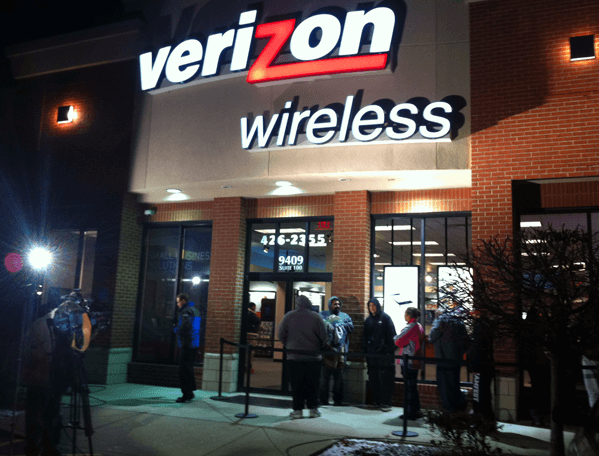 Verizon Wireless has taken the most customer-unfriendly move, publicizing its reliability over its rival AT&T Inc. But a series of misfits and missing links in its network this month threatens to smear the largest U.S. wireless carrier, Verizon Wireless’, carefully crafted reputation.

Verizon wireless announced Thursday that it will charge its customers a $2 convenience fee for one-time telephone and online bill payments which will be applicable from Jan 15. Verizon’s move has been greeted by a gale of criticism.

Quoting Verizon Wireless spokesman Thomas Pica’s email, “The fee is designed to address costs incurred by us for only those customers who choose to make one-time bill payments in alternate payment channels (online, mobile, telephone) and who choose not to use the other options available to them … “

Well its already known that Verizon’s 4G LTE network has had a bit of a rough time in December, suffering from three different outages that blew out Verizon’s speedy data coverage for short periods of time. But what might not be known is what exactly caused the failure?

Mike Haberman, Verizon VP of network engineering discussed and revealed the cause of the outages as to what exactly happened. Haberman mentioned that, “The crisis arose from problems with the IP Multimedia System (IMS) of Verizon’s LTE network: the December 7th issue was caused by a backup communications database failure, the December 21st outage stemmed from an IMS element not responding correctly, and this week’s service interruption was caused by two IMS elements not communicating like they should’ve. Each time a bug was fixed, a new one sprung up.”

Moreover, there were a lot of comments posted on Verizon’s online forum by some customers complaining about problems activating their new phones. All this followed reports of a problem with the company’s high-speed network on Wednesday. Verizon declared Thursday that it had managed to resolve that issue overnight.

How did the customers react?

Verizon wireless customers were angered by Verizon’s plan of charging $2 convenience fee on bill payments. They almost downpour twitter with criticism of Verizon, setting up online appeals and requests and vowing to use paper to cut down Verizon’s cost. Rivals AT&T and Sprint Nextel Corp said they never charge their customers for any bill-payment options. Verizon customers are unhappy about this move and believe that it is like Verizon punishing people who have recently lost their jobs and who need to wait until the last second.

Mr Samburg, a Verizon user said, “We hope it’s not the case that people are forced into paying this. “You look at all of the options and choose the one that is best and easiest for you.”

How can customers avoid this convenience fee?

Apart from using automated bank transfer, a check and credit or debit card, Verizon customers can also pay by money order, or by using a bank or other company’s online bill payment service at a Verizon store. Verizon customers may use a Verizon gift or rebate card, or make a last-minute, one-time phone or Web payment by handing over their bank account number and their bank’s routing number in order to avoid the convenience fee.