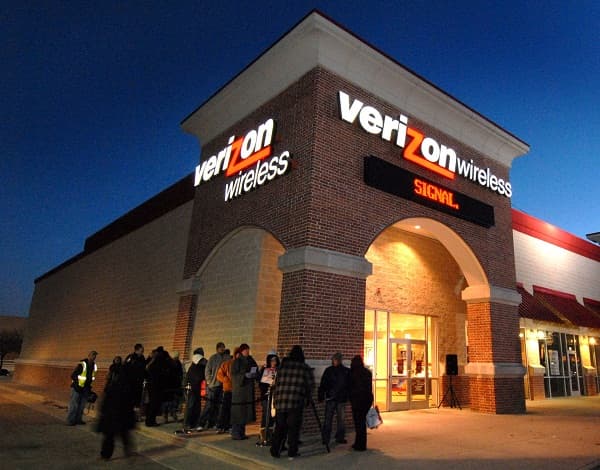 Verizon Wireless has been allowed to proceed with its $3.9 billion purchase of airwaves from cable providers,

Verizon Wireless has been allowed to proceed with its $3.9 billion purchase of airwaves from cable providers, including Comcast Corp. The Department of Justice approved the deal, however at the same time it decided to place some restraints on the companies’ marketing agreements.

The Department of Justice approved the spectrum deal; however it made some changes to protect consumers. As it was stated by the department, the first version of the deal could impede quality and lead to higher cost. Verizon will pay $3.9 billion for purchase of airwaves owned by Time Warner Cable, Comcast, Cox Communications and Bright House Networks. However companies have to wait for the final approval by Federal Communications Commission.

Accordingly, a Verizon decision to sell some of airwaves to T-Mobile USA helped getting the approval of U.S. institutions. U.S. authorities want to maintain the mobile phone market opened for four viable national competitors.

The spectrum deal allows Verizon to implement its expansion plan for the wireless data network; cable partners will be able to market their services in Verizon retail stores as well. It is likely that agreement will speed a way to introduce a single monthly bill for mobile phone, cable, internet, etc.  Comcast has already opened branded kiosks in Verizon stores and tries to persuade clients for the “triple play” of Internet, phone and cable upon buying a Verizon mobile device.

All conditions, which were imposed by the Department of Justice, aim at ensuring Verizon and cable companies remain competitors in broadband and video services in places, which sell FiOS high-speed broadband service. Moreover the Department of Justice has noted that Verizon Wireless is not allowed to sell any cable products in areas Verizon’s fiber-optic service is available. Moreover sale of any cable products by Verizon Wireless is not permitted in areas where Verizon’s DSL Internet service is available as of 2017.

The Department of Justice also decided to limit the duration of a joint venture between Verizon and cable companies. The joint venture aims at developing new technologies to integrate their respective systems. At the same time Verizon got a permission to sell services from satellite TV providers.

As it was stated before, the spectrum deal still needs approval from the Federal Communications Commission.

Public reaction on the spectrum deal

According to analyst, the approval is a triumph for Verizon Wireless and the cable companies. As it was stated by Jennifer Fritzsche, the Wells Fargo analyst, the regulatory review of the deal with just small alterations would be stimulating for the industry and trigger more spectrum deals.  Jennifer Fritzsche added: “We expect the approval of this deal to stimulate more spectrum moves (purchases, sales and/or swaps) with other industry players.”

However both consumer advocates and the Communications Workers of America Union disapprove of the Department of Justice decision. They are convinced that conditions included in the deal are not enough to protect consumers. In addition, they believe that the spectrum deal will undoubtedly lead to even more consolidated wireless and broadband markets.