Verizon has shown how serious it is about 5G. The telecom giant on Friday announced having a new CEO Hans Vestberg who is to lead the company’s roadmap to 5G.

Vestberg is currently Verizon’s chief technology officer (CTO). He joined the company in April 2017 after an unproductive seven years as Ericsson CEO. CNN Money reports that Vestberg will be taking over from Verizon current CEO Lowell MacAdam on August 1. Vestberg’s contribution so far at Verizon as CTO is quite deep. He pioneered the success of Verizon’s switch to 4G LTE and has staged the company’s plans to build a 5G wireless broadband network.

Current CEO McAdam has been serving Verizon as Chairman since January 2012 after joining the company five months earlier. He’ll remain the CEO until the end of the year when he will be retiring.

Verizon’s decision to name Vestberg the new CEO is an indication that the telecom giant wants to focus fully on its wireless technology far more than television and films, unlike rival AT&T. The Justice Department is currently making attempts to block AT&T’s plan to acquire Time Warner, CNN’s parent company. A judgment on the case will be next week, on Tuesday 12 June. 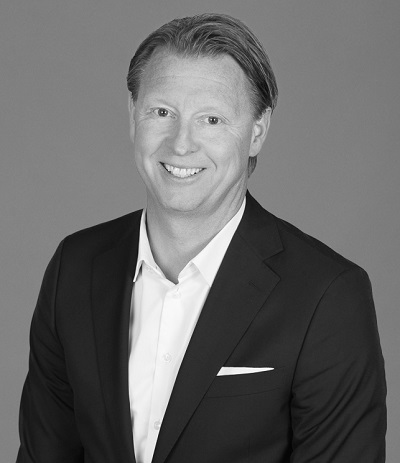 In January, Vestberg in a panel discussion at CES show which held in Las Vegas disclosed Verizon’s 5G plan in a presentation. It was one of the company’s ways of touting its upcoming 5G broadband network, which has promised faster data speeds to consumers and businesses.

Verizon new CEO Vestberg did not mention media or content while discussing his goals for the company in a statement on Friday.

“We are experiencing unprecedented changes in the way users interact in the digital world, and we are racing ahead to remain at the forefront of technology, connectivity, and mobility,” Vestberg said

Though, media is gradually becoming obsolete in telecom. Companies are now more focused on growing the number of customers with varied strategies. Rivals T-Mobile and Sprint have also announced plans to merge in other to combine resources to build a 5G network.

Investors would be wondering if Verizon new CEO Vestberg is the right candidate to lead the telecom giant. Vestberg was dismissed from Ericsson two years ago following pressure from unhappy shareholders after series of disappointing financial results. Verizon’s share went down by 1 percent as on Friday morning.

Meanwhile, Current CEO McAdam has expressed confidence in his successor.

“The time for a change in leadership is now, and I am confident that Hans is the right person to bring Verizon through its next chapter,” McAdam said. “Hans is an energizing force” that will make Verizon a leader in “the emergence of technologies that blend the physical and the digital to create historic breakthroughs in connectivity and mobility.”

Anna Domanska
Anna Domanska is an Industry Leaders Magazine author possessing wide-range of knowledge for Business News. She is an avid reader and writer of Business and CEO Magazines and a rigorous follower of Business Leaders.
« Uber and Lyft will roll out scooters in San Francisco
Is Apple ready for a world beyond the iPhone? »
Leave a Comment
Close