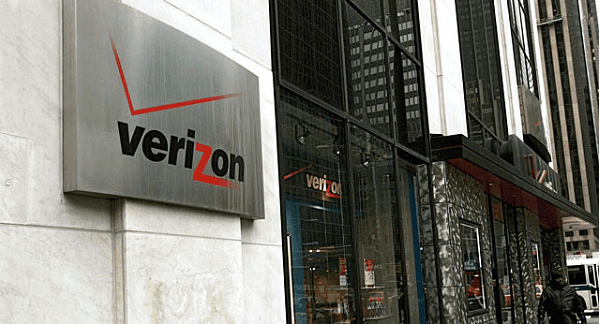 Verizon Communications Inc., the second largest U.S. phone company, reported a 16 percent growth in quarterly profit driven by the strength of its wireless business. Verizon’s higher revenue in its wireless business was caused by a significant increase in contract wireless subscribers.

Verizon Communications Inc. reported on the 18th of October a growth in profitability at its wireless unit that certainly surprised analysts as sales of New Apple Inc.’s iPhone 5 boosted customers’ bills. In addition, the second largest U.S. phone company informed that it was on track to meet its 2012 financial goals.

According to data released by Verizon Communications Inc., the profit margin in its business, based on earnings before interest, taxes, depreciation and amortization, grew to approximately 50 percent in the third quarter from 49 percent in the previous one.

The U.S. telecommunication giant, Verizon Communications Inc., reported double digital increase for the third straight quarter. According to released data, Verizon Communications Inc. made a profit of approximately $1.59 billion or 56 cents per share compared with $1.37 billion or 49 cents per share in the same period last year, when the company’s profit was affected by a two-week long workers’ strike as well as weather damage. It was a 16 percent growth over the third quarter last year.

As it was stated by Verizon Communications Inc., revenue grew to roughly to $29 billion from $27.91 billion in the year-ago quarter, up 3.9 percent. The result topped an analysts’ estimate of $28.96 billion.

Verizon Wireless, a venture with Vodafone Group Plc, added roughly 1.8 million net new subscribers in the third quarter compared with 882,000 in the same quarter last year. According to data, Verizon Wireless, which is the largest U.S. mobile provider, saw a growth of 7.5 percent in its quarterly service revenue, to about $16.2 billion.

According to compiled data, smartphones account for approximately 53 percent of Verizon’s postpaid wireless subscribers. The increase in the number of these subscribers has been observed for the last quarters and these days it is 50 percent over the levels noted in 2011. Certainly analysts were surprised by the number of added subscribers as their estimate of 901,000 was much below this quarter’s results.

In the third quarter Verizon Wireless sold approximately 6.8 million smartphones, at the same time increasing the proportion of retail contract phone connections to as much as 53 percent from roughly 39 percent last year. Colby Synesael, an analyst at Cowen & Co. in New York, noted that this was possible due to the company’s strategy, stating: ‘‘They really jacked up their advertising in the past few months. Verizon has been very aggressive with marketing and it helped with sales.’’ The company, however, did not specify sales of individual devices, including New Apple Inc.’s iPhone 5.

In addition, the company introduced the Share Everything plan back in June, which enables its users to share a data allocation with up to 10 devices. Due to this new approach Verizon has started reporting average revenue per account instead of average revenue per user.

Verizon has not forgotten about investing as it knows that upgrading its network will not only support demand for services such as web surfing, music and video streaming on smartphones, but it also means that higher data usage will translate into better profit. Verizon Wireless’ competitors including AT&T Inc. and Sprint Nextel also have been spending billions of dollars on upgrading networks.