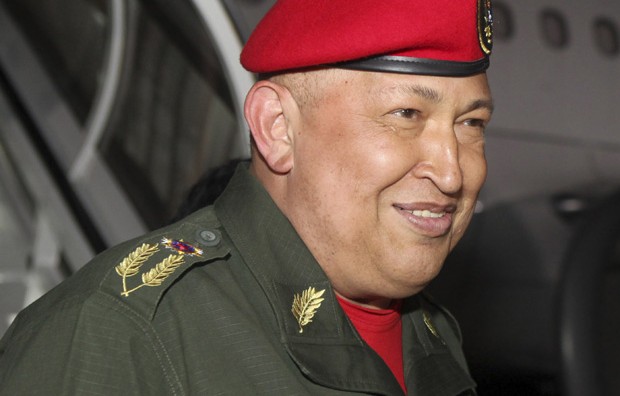 In a statement on state television, Chavez announced these plans, saying that “We’re going to nationalize the gold and we’re going to convert it, among other things, into international reserves because gold continues to increase in value.”

Adding that Venezuela needs to diversify its investments, Chavez spoke about the need to invest in developing economies, saying that “the economies of Europe and the United States are sinking. Now we must see that the economies of China, Russia and Brazil are more solid.”

The repatriation would mean bringing back the $11 billion worth of Venezuela’s gold that is currently held in banks abroad.

While Venezuela boasts Latin America’s largest gold reserves, in a global context Venezuela is a minor producer, with estimates suggesting that this South American country produces only about 1.5 – 1.7 tons of gold a year. For a comparison of scales, this amount is roughly 2 per cent of the output of Barrick Gold Corp., the world’s leading gold mining company.

In a softening of policy last year, the Venezuelan Government had introduced legislation that allowed gold miners to export up to half of their product. Prior to this revision, gold mining companies were required to sell 70% of their product in the domestic market.

On the other hand, Venezuela, the fifth largest oil exporting country in the world with heavy crude oil reserves being estimated at 99.4 billion barrels as of 2010, is a key member of the Organization of Petroleum Exporting Countries (OPEC), and plays a key role in determining global oil production levels and prices.

Given this high significance and attention accorded to Venezuela’s oil reserves, the country’s gold mining industry has not garnered the kind of attention it requires, with most of the country’s gold fields being located in the isolated jungle areas along the Brazilian and Guyanese borders. As a result, these fields have been dominated by small, illegal gold producers who end up smuggling the precious metal into other countries.

This is one of the key problems Chavez is trying to overcome through his nationalization plans. According to André Agapov, chief executive officer of Rusoro Mining Ltd., Venezuela’s only publicly listed gold mining company, the nationalization call is focused on illegal mining and is not related to his company’s operations.

In a statement, Agapov said, “What President Chavez is fighting is what he refers to as the mafia, thousands and thousands of illegal miners. There’s no control over the sale of the gold, nobody pays taxes. I think he wants to get a grip on it, all those sales, and rightly so.”