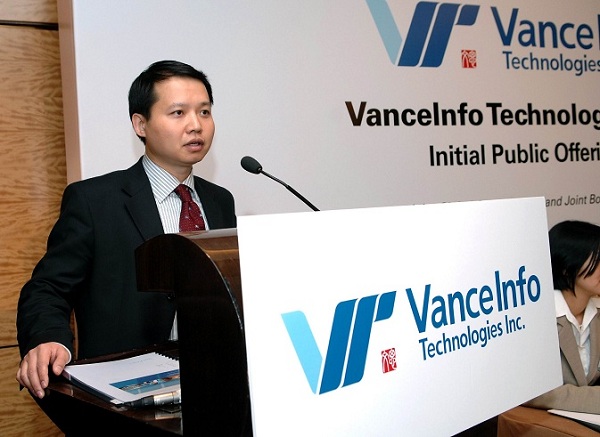 The agreement of a merger has been established between VanceInfo Technologies Inc. and its lesser competitor, HiSoft Technology International Ltd. to form what, according to them, will be considered to be the biggest offshore IT services provider or largest outsourcing Leader based in China by revenue.

Investors associated with both VanceInfo and HiSoft will individually hold about 50 percent of the corporation which is presently valued at almost $875 million considering the terms of the tax-free, all-stock agreement.

A number of market analysts feel that that if the deal bodes well for Vanceinfo, it should also bring good tidings for HiSoft. According to them, the stocks of HiSoft suffered a fall after its limits which are presently higher will go down after the completion of the merger. The value of Vanceinfo, with a greater stock market capitalization, will observe a fall because of the said merger and the stock was acting in response to it.

Every share of VanceInfo will be traded in exchange for the right to obtain a single HiSoft share and every one of VanceInfo’s American Depositary Shares could be exchanged for the right to get one HiSoft ADS. HiSoft is more than likely to effect a share consolidation of 13.9482-to-1 immediately preceding the merger and will subsequently alter the ratio of HiSoft ADSs standing for ordinary shares from a single ADS for 19 shares to one ADS for one share. According to the companies, the effective changes are designed in such a way that each of them will possess equal number of outstanding shares and ADSs at the actual time when the merger is supposed to take place.

It turns out that HiSoft will be the remaining listed company whose shares will maintain the power to be traded on the NASDAQ. The companies believe that the joint company is being estimated to report revenue of considerably more than $670 million for the year 2012.

Tiak Koon Loh, the CEO of HiSoft, is expected to bag the position of the CEO of the combined corporation and the CEO of VanceInfo, Chris Chen will take over the role of non-executive chairperson as soon as the completion of the merger takes place. A tentative period has been scheduled for closing the deal – the fourth quarter of the year.

According to reports, VanceInfo claimed an adjusted revenue of 19 cents for each share in the second quarter that missed estimates made by analysts by 1 cent. The revenue at $94.7 million was way above expectations of $91.3 million. HiSoft posted an adjusted profit of 30 cents for each ADS on revenue of $71.8 million in the second quarter, more than projections of analysts.