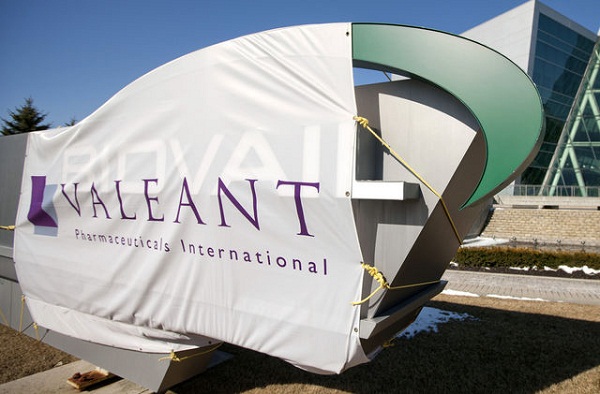 Valeant Pharmaceuticals International Inc. informed that it would buy Medicis Pharmaceutical Corp. for $2.6 billion in cash. The deal will add Botox competitor Dysport and other skin care drugs to the company’s portfolio. Valeant, the largest publicly traded drug maker in Canada, intends to expand its dermatological products. In addition, the acquisition of Medicis is a part of the Valeant’s acquisition strategy which slipped on last year’s bid for Cephalon Inc.

The acquisition of Medicis

Valeant informed yesterday that it would pay $44 in cash for each Medicis’ share, which is a 39 percent increase compared to the closing price on the 31st of August on the New York Stock Exchange. The acquisition of Medicis will be finalized in the first half of 2013, according to Valeant, the Montreal-based company.

The acquisition of Medicis would be the largest deal for Valeant, Canada’s largest publicly traded drug maker, since it was created in a merger of Canada’s Biovail Corp. and an Aliso Viejo, a predecessor company, in 2010. Since Michael Pearson was named a new CEO at the company in 2008, Valeant has made about 50 acquisitions of companies and assets which were aimed at increasing the company’s dermatology business.

Michael Pearson, CEO at Valeant and the company’s chairman as well, said: “The acquisition of Medicis represents a significant next step in our journey to become the leader in dermatology by strengthening Valeant’s presence in acne, actinic keratosis, aesthetic injectables and antivirals, among others.”

Valeant’s officials are convinced that the acquisition of Medicis, which is the biggest since a failed $5.7 billion bid to acquire specialty drug maker Cephalon Inc. in 2011, will add to the company’s earnings per share just from the beginning. The acquisition of Medicis is expected to generate more than $1.7 billion in pro forma revenue for the combined company’s dermatology and aesthetics businesses within the United States just this year. However the deal is to close in the first half of 2013, is likely to yield cost synergies at an annual rate of at least $225 million within 6 months of the completion of the acquisition. According to data, Medicis had about $721 million in revenue in 2011, while Valeant reported $2.5 billion in sales.

The acquisition of Medicis is subject to conditions that include, inter alia, approval by Medicis’ shareholders.

Clearly dermatology is the biggest business for Valeant. The company has been working on growing it, focusing mainly on the U.S. market. According to Michael Pearson’s expectations, the dermatology business will contribute roughly half of Valeant’s revenue once the acquisition of Medicis closes. The U.S. dermatology business was a 27 percent of Valeant’s revenue for the three month ended June; compared to 18 percent in a previous year.

Valeant acquired U.S.-based Pedinol Pharmacal Inc. in April; the company purchased some assets from University Medical in May. As it has been stated by Michael Pearson, more deals are likely in 2012. In addition, Valeant is strongly interested in opportunities in Southeast Asia. The Valeant’s acquisition strategy has been modified this way as the company wants be more involved in that part of the world.

Anna Domanska
Anna Domanska is an Industry Leaders Magazine author possessing wide-range of knowledge for Business News. She is an avid reader and writer of Business and CEO Magazines and a rigorous follower of Business Leaders.
« Mobile Brands Gear Up to Launch New Phones Ahead of Christmas
iPhone 5 release confirmed on September 12; get set go! »
Leave a Comment
Close