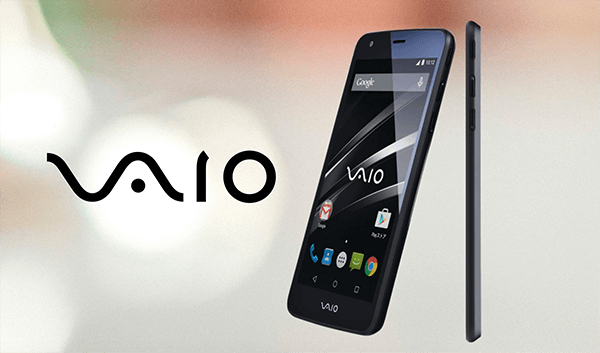 VAIO Corporation, which was sold by Sony Corp as part of their restructuring process has apparently decided to get into the smartphone game. Vaio will launch its first Android smartphone in Japan in collaboration with one of the country’s smaller carriers, b-mobile, on March 20th.

Being associated with Sony has given Vaio the brand recognition that could make its newly launched smartphone a success, but the Vaio Phone specifically targets the mid-range of the mobile market.

The Vaio Phone is now available as a $33 package that also includes voice and data. The total cost of the phone has been placed somewhere around $420 without a contract.

Dubbed the VAIO Phone, the handset is not expected to be offered outside Japan. Though the VAIO Phone has solid specs, the phone certainly has nothing too impressive about it to attract a following beyond those attracted to the brand name.

The Vaio Phone features a 5-inch HD (720×1280 pixels) IPS OGS display. Powering the VAIO Phone is.a quad-core Qualcomm Snapdragon 410 SoC clocked at 1.2GHz alongside 2GB of RAM and 16GB of built-in storage, which can be expanded by a microSD card of up to 64GB. The single SIM smartphone has a 13MP rear camera and a 5MP selfie cam, Wi-Fi and Bluetooth connectivity options and runs Android Lollipop out-of-the-box.

The Vaio Phone, which is only available in black, measures about 7.95 mm thick and weighs in at 130 grams. Powered by a 2,500 mAh non-removable battery, the smartphone will deliver up to nearly 800 minutes of total talk time in a single charge and roughly 500 hours of standby time, according to Vaio.

Given the specifications, the cost of the smartphone seems to be quite steep, but Japan Communications may have to reduce the price by a huge amount if they want to survive the rival market.

With its new offering, Vaio will be competing indirectly with former parent company Sony’s Xperia line. While the Vaio Phone is available now, the latest mid-range smartphones from Sony, Sony Xperia, M4 Aqua, isn’t ready yet. The M4 Aqua is slated for a spring 2015 launch.

The M4 Aqua’s specs are almost similar to those of the Vaio Phone. The M4 Aqua sports a 5-inch display, quad-core processor, 13MP rear camera and 5-megapixel chat cam.

Anna Domanska
Anna Domanska is an Industry Leaders Magazine author possessing wide-range of knowledge for Business News. She is an avid reader and writer of Business and CEO Magazines and a rigorous follower of Business Leaders.
« China’s Alibaba to invest US$200m in photo-messaging app Snapchat
AeroMobil announces plans to sell flying cars by 2017 »
Leave a Comment
Close

A weak job report resulted in a record close on Friday for the US stocks. The US labor department’s monthly non-farm payrolls report revealed employers hired 266,000 new workers
4 hours ago