The use of drones in healthcare is the difference between death and life in many hard-to-reach areas. In developed countries too, regulators and officials are slowly realizing the importance of drones in delivering medical supplies.

A miracle happened to Ms Mutimiutugye of Nyange, Rwanda when she was suffering from fatal blood loss during labor. She was in this unfortunate situation because the small nursing home she was in didn’t have her blood type. The miracle arrived in the form of a toy airplane that carried Ms Mutimiutugye blood type that saved her and her child. Sent from 50 miles away to the remote nursing home where she was admitted, was a Zipline drone – the autonomous drone which is a part of the world’s first national drone delivery network started in Rwanda by Zipline.  “I used to see the Zipline drone fly and people gathering around to watch. I would find it funny and think to myself ‘they must be mad’ until the same drone brought the blood that saved my life,” said Ms Mutimiutugye.

The world is yet to see the face of Prime Air, Amazon’s drone delivery service. And though it sounds fascinating, it doesn’t have a bigger purpose than to cash in on the upcoming drone logistics market. Drones in healthcare,like that which saved Ms Mutimiutugye’s life is a service that creates a pillar between life and death.

Zipline, which started in Rwanda in 2016 has expanded its operations to other hard-to-reach areas in Ghana and Tanzania. In April this year, they launched their operations in Ghana and are providing on-demand delivery of any medical products that local hospital might need. Doctors place orders on-demand through a simple app for any medicine they need, when they need it. Medical products are stored centrally at Zipline’s distribution centers and are flown quickly to any destination. This maintains cold-chain and product integrity, while eliminating waste. 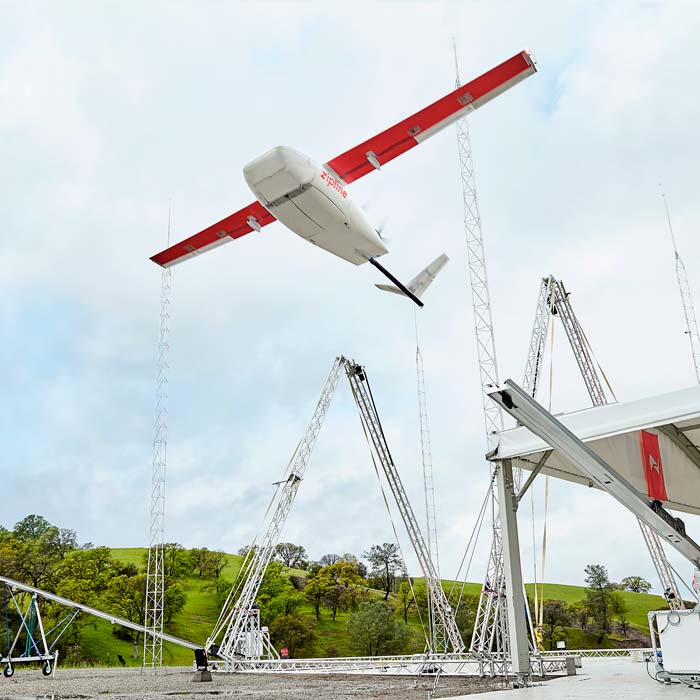 UPS in North Carolina has partnered with Matternet to transport blood and other medical supplies between the various buildings at WakeMed Raleigh’s medical campus in North Carolina. The traditional method of supplying medical samples across the various buildings would take no less than 30 minutes depending on traffic. But USP’s unmanned drones delivering medical supplies can now complete the task in around 3 minutes.

This partnership between USP and Matternet is the first revenue-generating drone delivery service in the country. This came as a result of the Department of Transportation’s (DOT) efforts in testing and realizing the commercial benefits of drone delivery services. In 2018, the DOT announced ten local, state, and tribal governments approved to undertake drone testing. The partnership of USP and Matternet as regulated by the North Carolina Department of Transportation, was one of the authorized participants.

However, this development of drones in healthcare hasn’t been untethered. Experts and officials often point out the potential threats of ‘rogue drone use.’ Drones can obstruct air traffic, represent grave security concerns, and also invade privacy. But their use in the healthcare sector till now has only been helpful and cost-effective. They are unmanned, don’t require many hands to control them, and can ditch city traffic which is the most common reason for a delay in acquiring treatment or supplies.

Their profitability is also a concern. Though healthcare logistics represent a $70bn global market, healthcare drone companies do not see much profits. They generate revenue but not significant profits.  But there’s no denying that they are sacrosanct. The future of drones rests upon the hands of regulators and especially FAA’s Unmanned Aircraft System (UAS) Integration Pilot Program (IPP). This program has fostered meaningful dialogue about drone acceptance and usage. There are talks that under this program, Zipline is expected to announce its direct-to-consumer healthcare drone delivery soon.

Anna Domanska
Anna Domanska is an Industry Leaders Magazine author possessing wide-range of knowledge for Business News. She is an avid reader and writer of Business and CEO Magazines and a rigorous follower of Business Leaders.
« A Second Peel by Apeel Sciences Keeps Farm Produce Fresh for a Longer Time
‘Bumpy Tunnels’ In China’s Smart Cities »
Leave a Comment
Close

Blackstone, the private equity firm, is planning to acquire St Modwen Properties, a logistics and housing developer, for £1.2bn ($1.68 billion) in a bid to take advantage of the P
3 hours ago