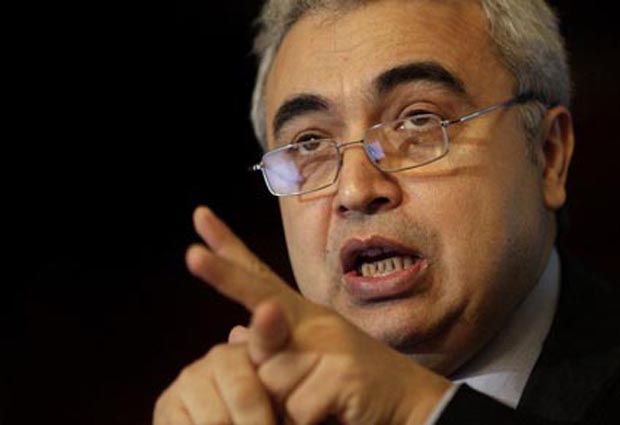 The Crude Oil producers’ Cartel OPEC,, is expecting a record US$1,000B (aka US$1T) in export revenue, a historic landmark for the cartel, if Crude Oil prices remain higher than 100 bbl, said the International Energy Agency.

The crude oil market has seen a very nervous fortnight because of the recent uprisings in the Middle East and North Africa region. Fortunately for OPEC, it has been one of the main beneficiaries of the resultant high oil prices.

“It would be the first time in the history of OPEC that oil revenues have reached a 1T US Dollars. It’s mainly because of higher prices and higher production,” said Fatih Birol, Chief Economist at the IEA, in a interview. “However, Saudi Arabia has made substantial efforts to calm down the oil markets by increasing production and slowing prices from going higher.”

The total number of oil barrels exported by OPEC in 2011 would remain slightly lower than the number of barrels exported by the cartel in 2008, when Cartel Oil revenues reached US$990B, according to a new assessment by the rich nations’ Oil Watchdog, said Birol. This ballpark figure, does not take inflation into account, and is based on total OPEC production including Nat Gas liquids.

And despite this, IEA estimates OPEC’s Crude Oil revenues will reach a record of US$1T this year as long as average crude prices remain around 100 bbl.

Many of Opec’s biggest producers are using the price gains to increase public spending, partly to guard against popular unrest. Of the $129bn multiyear spending package announced by Saudi Arabia, about $35bn is expected to be spent in 2011.

A consequence of this, according to the Chief Economist at the Center for Global Energy Studies in London, Leonidas Drollas, will be that the country will now require a Crude Oil price of 83 bbl so as to balance their National budget for the year.

Essentially, like Drollas said in his statement, “the more they earn, the more they spend. So the Oil price they need is ratcheted up”.

Alongwith OPEC, a higher than 100 bbl average crude oil price is also likely to benefit Russia, with revenues of Moscow’s Oil and Gas estimated to increase by about US$100B to 350B.

This rise would be equivalent to 21% of Russia’s Gross Domestic Product.

According to Mr Birol, rising oil prices have “started to hurt the global economy”. He added that he was particularly worried for OECD countries, especially Europe.

With the Middle East and North Africa region expected to contribute to about 90% of the oil-sector production growth, the International Energy Agency has reported its concerns about the impact the current unrest is having on oil-sector investment over the coming years.

Mr Birol of the IEA said “For this to happen, we need to invest now but I see the current geopolitical situation as a major handicap for making the right amount of investments”.