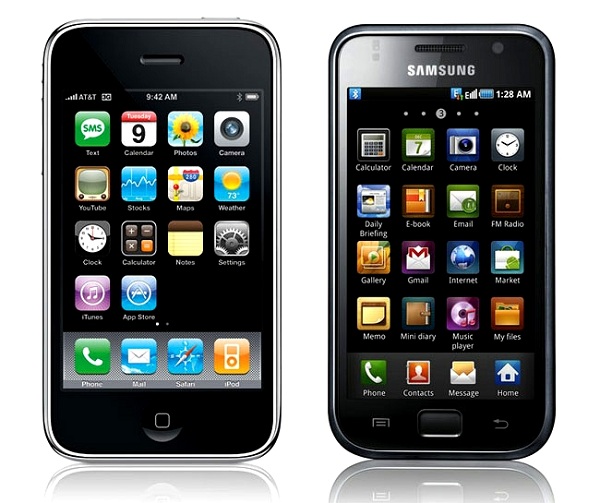 According to a judge, Apple Inc. did not in any way violate patents owned by Samsung Electronics in producing the company’s popular iPod Touch, iPad and iPhone. The statement was issued in a preliminary ruling at the International Trade Commission held on Friday.

The dispute between the two major electronics companies have reached extreme proportions with either of them dragging the other to court in some 10 countries over patent rights. Both Samsung Electronics and Apple Inc. are rivals; out to grab the maximum share of the large scale and ever-expanding mobile industry. Apple Inc. was benefitted by a landmark win just last month following the findings of a US jury that Samsung Electronics, the South Korean corporation, had copied some specifications of the Apple Inc. iPhone and had awarded Apple Inc. with damage charges amounting to $1.05 billion.

James Gildea, an ITC judge, claimed on Friday that Apple Inc. had in no way violated the four different patents connected to the case. Samsung had earlier laid blame on Apple Inc. for infringement in a complaint which was filed in the middle of the year 2011. It had demanded that the infringing manufactured electronics be banned from being sold within the United States. The ITC judge had covered all these facts while making the case.

The entire commission is slated to reach a positive outcome – whether to overturn or uphold the decision of the internal judge – by the month of January.

Samsung Electronics issued a statement claiming that the company retains faith in the fact that the total Commission will come to an ultimate determination that verifies their position that Apple Inc. needs to be held liable for free-riding on their technological innovations. Apple Inc. did not wish to comment any further on the matter.

Extent of the Patent Rights

The patents mentioned in the complaint are connected to 3G wireless features, the formats of data packets meant for high-speed transmission and combining functions such as web browsing with the functions of a mobile smartphone.

At the ITC, a similar complaint against Samsung Electronics had been filed by Apple Inc. blaming the former, an important chip provide for Apple as well as an international rival, of transparently copying its iPads and iPhones. The preliminary decision of the ITC judge is due to come out in December.

Samsung Electronics happened to be the best selling mobile phone manufacturer in the second quarter of this year, with Apple Inc. bagging the third spot, as stated in the data derived from Gartner Inc.

The Galaxy range of touchscreen tablets made by Samsung Electronics are deemed by a lot of experts in the industry as being the main competitor to the iPad, in spite of being a distant second to the devices of Apple Inc. at the moment.

A global patent war has been waged by Apple Inc. since the beginning of 2010 as the company has tried to put some restrictions on the development of the Android system being developed by Google Inc. The fight has dragged HTC, Samsung and other companies who make use of the Android software in their systems.

The late founder of Apple Inc., Steve Jobs, had considered the Android software of Google to be a stolen product even as it went on to become the most popular smartphone operating system in the world. The decision of the ITC judge comes only weeks after the Samsung-Apple patent trial in California.