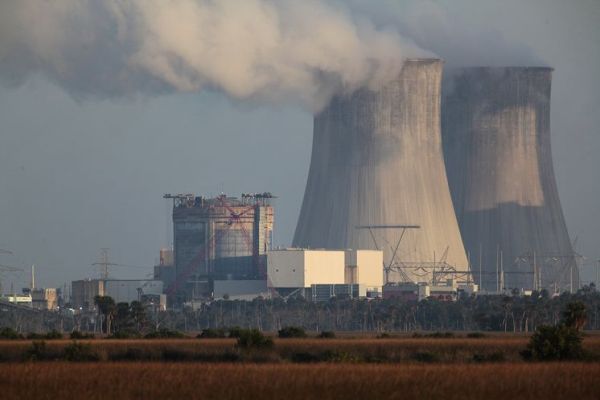 This year, four nuclear power plants have declared closing down. If plants continue to close instead of widening its operations the nation stands to lose 60 percent of its clean electricity beginning in 2030, according to a new report by the American Physical Society.

Power plants across the nation, including ones in California, Wisconsin, Florida and Vermont, are being shut down as utility companies chose to build natural gas plants rather than extending operation of nuclear reactors. Operators of another 38 reactors in 23 states are facing decisions on whether to continue operating licenses. At present, there are around 100 nuclear reactors in the United States.

“Nuclear power plants provide the nation with a source of clean energy at a time when renewables such as solar and wind are not yet ready to fill the potential gap in the nation’s base power needs created by the loss of nuclear power. Utilities should consider extending the licenses of power plants, which unlike coal and natural gas plants, do not emit any major air pollutants as identified in the Clean Air Act,” said Roy Schwitters, chair of the APS report.

Though natural gas is cheap, its future remains uncertain. There is concern about the availability of the gas in the U.S. and infrastructure and environmental costs connected with fracked wells.

Recently, four eminent climate and energy scientists released an open letter to world leaders, calling on them to support and encourage safer nuclear energy systems and reactors as a practical way to address global warming and generate clean electricity.

“While it may be theoretically possible to stabilize the climate without nuclear power, in the real world, there is no credible path to climate stabilization that does not include a substantial role for nuclear power,” states the letter from Ken Caldeira (senior scientist, Department of Global Ecology, Carnegie Institution); Kerry Emanuel (atmospheric scientist, MIT); James Hansen (climate scientist, Columbia University Earth Institute); and Tom Wigley (climate scientist, University of Adelaide and the National Center for Atmospheric Research).

The APS report says extending operating licenses for reactors in a safe and reliable way is a smart move, as they are almost carbon-free source of energy.  The Nuclear Regulatory Commission permits power plants to operate up to 60 years, but extensions are available for an additional 20 years.

The APS report particularly recommends the following:  An Enhanced Energy Strategy Pathway – As long as licenses can be safely extended, U.S. energy strategies should make renewal a possible choice.

An Enhanced Research Pathway – A more subsistent, essential research effort, with a long-term commitment, would better inform the evaluations that will impel a decision whether to extend  operation beyond the current license period. With additional means, the current program at the U.S. Department of Energy would expand both deeper and broader, serving to cut down financial risks and ambiguity.

An Enhanced Leadership Pathway – The U.S. government should have a concentrated program to help the expansion, manufacturing and licensing of new nuclear reactors that can be constructed, operated and eventually deactivated in a way that is environmentally safe, secure and cost-effective.