A GPS navigation satellite built by Lockheed Martin is set to ride a reused SpaceX booster on a launch from Cape Canaveral, Florida, Thursday. It will be the first time a military payload will be carried on a recycled rocket booster and will pave the way for future defense ventures to save money by incorporating recycled rocket parts.

SpaceX has successfully launched 66 used boosters since 2017. The latest mission will save the military $64 million on a contract covering multiple GPS launches. “In preparation for this first-time event, we’ve worked closely with SpaceX to understand the refurbishment processes and are confident that this rocket is ready for its next flight,” said Walter Lauderdale, the deputy mission director and Falcon division chief at the Space Force’s Space and Missile Systems Center.

The GPS satellite set for launch Thursday, GPS 3 SV05, is the fifth in the latest generation of GPS spacecraft and nicknamed “Neil Armstrong”. 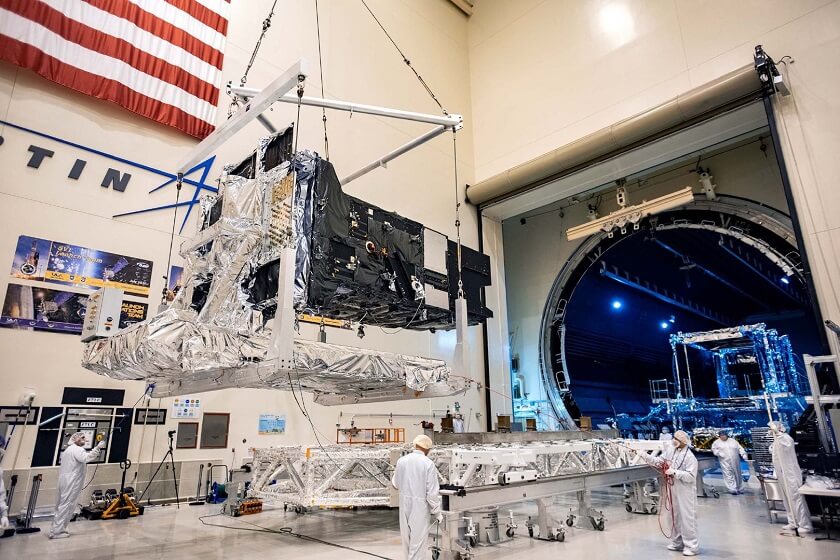 The latest one will join 31 other GPS satellites orbiting about 12,550 miles (20,200 kilometers) above Earth, providing positioning, navigation, and timing signals to billions of users around the world.

Space Force preponed plans to launch the GPS satellites earlier than planned, and the revised contracts to use Falcon 9 booster on four GPS missions helped reduce government spending by $64 million. “Through continued partnership with SpaceX, we were able to reach an agreement to accelerate our use of previously-flown hardware for GPS missions,” Lauderdale told reporters in a teleconference Monday.

The Space Force has formally certified SpaceX’s recovery and refurbishment processes. All possible precautions for the launch have been taken, including Space Force technicians performing additional oversight of its launch contractors due to the high cost and criticality of its payloads for U.S. national security.

“Working with SpaceX, we evaluate their inspection processes as well as what they have done to evaluate the hardware after it returns,” Lauderdale said. “We evaluate all of that and compare that, in essence, to see how much of the life of any other components may have been consumed by what it’s seen during flight,” he added. All data collected during the launch is evaluated, and the viability of reusing the booster also judged.

According to Lockheed Martin, the upgraded series of GPS 3 navigation satellites are designed for 15-year life spans and provide three times better accuracy and up to eight times improved anti-jamming capabilities over early GPS spacecraft.

The GPS 3 satellites is also compatible with other international navigation satellite networks, such as Europe’s Galileo program. This can improve the precision of space-based position measurements. GPS satellites are used for smart bombs and other precision-guided munitions. A minimum of 24 satellites are needed for global coverage to provide precise positioning data. With GPS 3 SV05, the GPS fleet will have 24 satellites capable of beaming military-grade encrypted code for worldwide coverage.

The GPS 3 SV05 spacecraft will deploy from the Falcon 9’s upper stage about 90 minutes after liftoff. The Falcon 9’s first stage vessel will return to Port Canaveral with the rocket, which will be refurbished for another launch.

The booster will be used on commercial missions. The Space Force’s next GPS launch in 2022 will use a different previously-flown Falcon 9 rocket.

Anna Domanska
Anna Domanska is an Industry Leaders Magazine author possessing wide-range of knowledge for Business News. She is an avid reader and writer of Business and CEO Magazines and a rigorous follower of Business Leaders.
« Disney boss says 40 pc ad revenue went to streaming sites, no plans of ad supported Disney+
Meme stocks frenzy and 3 companies to follow »
Leave a Comment
Close