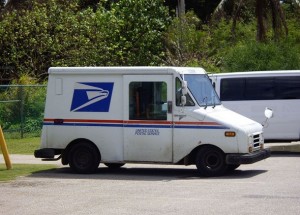 It has emerged that the United States Postal Service approved almost 50,000 requests from law enforcement agencies and its own mail-inspection wing to secretly monitor the mail of American citizens for criminal investigations and national security concerns last year, according to a 2014 audit.

The audit found that in most cases the Postal Service approved requests to spy on an individual’s mail for criminal and national security investigations without providing adequate reasons or having proper written authorization.

Not only was the U.S. Postal Service watching over American citizens but it has been revealed that the protocols in place for authorizing such scans were reportedly full of flaws, which makes it impossible to conduct a thorough investigation.

“Insufficient controls could hinder the Postal Inspection Service’s ability to conduct effective investigations, lead to public concerns over privacy of mail, and harm the Postal Service’s brand,” read a statement from the audit report.

The audit found that from 2001 through 2012, local, state and federal law enforcement agencies made nearly 100,000 requests roughly amounting to almost 8,000 requests a year.

Despite the surveillance program, the so-called mail-cover program has been in place for years and is still deemed to be a powerful investigative tool. The audit also clarified that the U.S. Postal Service wasn’t actually reading Americans’ mail under the program. Instead postal workers recorded addresses, names and other key pieces of information that is revealed on the outside of the letters and parcels before they were delivered.

Officials are not allowed to open suspects’ mail without a warrant. However information regarding the address (both recipient and return) and the names of people on packages often helps in building strong cases.

“It appears that there has been widespread disregard of the few protections that were supposed to be in place,” said Theodore Simon, president of the National Association of Criminal Defense Lawyers. The audit reveals how public American citizens’ lives can be, he said.

The audit findings also reveal the depth of the nation’s surveillance efforts that were prompted after 9/11 attacks. In Arizona in 2011, a US county’s sheriff Joe Arpaio and a country attorney, Andrew Thomas used the surveillance program to spy on a political opponent, Mary Rose Wilcox. She discovered that her personal and business mail was being monitored after she objected to sheriff Arpaio’s targeting of Hispanics in his immigration sweeps. Wilcox was later awarded £0.6m ($1m) in a settlement in 2011 after she sued the county.