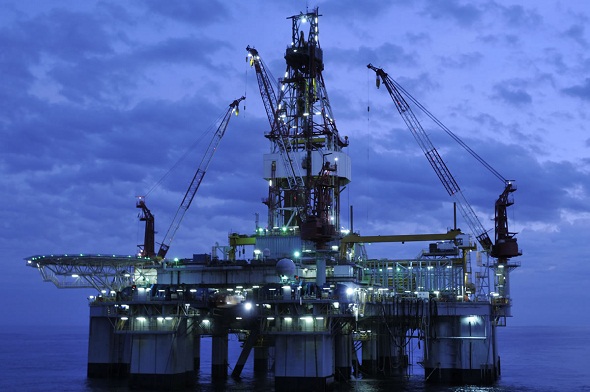 The measures taken are clear signs that the administration is willing to let more of the booming U.S. shale oil production.

For the first time in 40 years, the U.S. government has officially allowed the shipment of as much as a million barrels per day of ultra-light crude, also known as condensate essentially clearing the way for crude exports to a global market.

According to the guidelines published by the Bureau of Industry and Security (BIS), companies can now export condensate if it is run via a distillation tower, which separates the hydrocarbons that make up the oil.

The Bureau of Industry and Security (BIS) also came out with instructions in the form of frequently asked questions, or FAQs, to explain what types of oil was normally allowed under the ban, the first attempt by the administration to clarify an issue that has caused confusion and trepidation in energy markets for more than a year.

The measures taken are clear signs that the administration is willing to let more of the booming U.S. shale oil production to be exported overseas, where drillers have indicated that it can fetch a premium of $10 or more per barrel.

The move does not put an end on most crude exports that was adopted by the U.S. Congress in 1975 in response to the Arab oil embargo. However, it is seen as a powerful shot at the Organization of Petroleum Exporting Countries (Opec) in the quest to control global oil markets.

The Obama administrations ending of the U.S.’s self-imposed ban on oil exports would lead to an intensified oil price war with Opec led by Saudi Arabia. The kingdom has clearly stated that it is willing to watch the price of oil diminish in order to safeguard its share of the global market.

Opec share has declined to roughly a third of world supply, down from about half 20 years ago as the flood in shale oil drilling in the U.S. and new supplies from Russia and South America have created a global surplus.

Earlier in the year, manufacturers such as Pioneer Natural Resources (NYSE:PXD) and Enterprise Products Partners (NYSE:EPD) succeeded in gaining authorization to export oil. And in the month of November, BHP Billiton (NYSE:BHP) became the first organisation to announce that it would export condensate without formal approval from the government.

Anna Domanska
Anna Domanska is an Industry Leaders Magazine author possessing wide-range of knowledge for Business News. She is an avid reader and writer of Business and CEO Magazines and a rigorous follower of Business Leaders.
« China issues record fines on corporate polluters
Acer Unveils Its First Ever Chromebook With 15.6-Inch Display »
Leave a Comment
Close

The total amount of cash to be received as part of MUFG Union Bank’s sale to Bancorp is $7.3 billion (800 billion yen).
15 hours ago