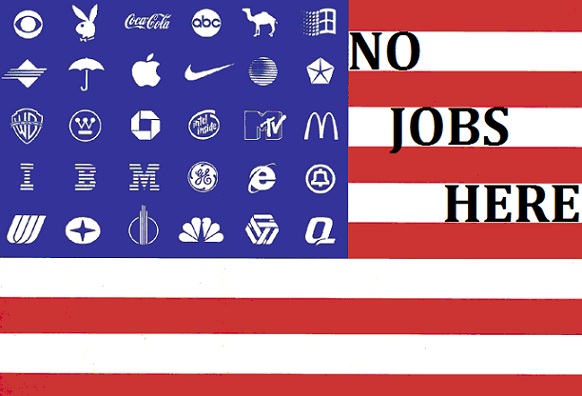 No Jobs in US

The United States economy, in a surprise move, introduced 103,000 jobs for September. The figure exceeds the expectations of most economists and industry pundits. As industry insiders were waiting for new jobs to be introduced, many hoped that the rate of jobless people in the nation would decrease significantly with the new employment opportunities. However, the new move, despite the surprisingly high numbers, has done little to repair the damaged state of the employment sector in the United States. The existing jobless rate of 9.1% continues to exist, unchanged. This dismal statistic was confirmed by the Department of Labor in the newest report.

Just the previous month, President Barack Obama introduced a new plan, with a figure of $450bn, aimed at spending in different avenues in order to improve existing job opportunities and create new ones. The spending plans were being formulated to improve the employment sector of the United States and get more and more American citizens back to the work field.

The latest report issued by the Department of Labor takes into account the upward swing of employment from the months of August and July. The recent trend of many striking workers returning to work has also been calculated in these figures. While the latter certainly played a role in improving the situation, it is important to note that though these persons are being counted as “gains”, they are actually “returning workers”. In effect, the 45,000 Verizon workers who were on strike and have now returned, do not account for “new jobs” technically.

As the expectations of industry experts and the common people, hoping that the new jobs will create better employment opportunities for Americans, fall, the state of the economy has become one of the biggest worries of the average citizen. Despite the $450bn spending package plan, little has happened to boost the economy upwards. To quote the White House, the rate of unemployed persons living in the United States continues to be “unacceptably high”.

Those following the official blog of the White House will have read its latest comments on the matter. The White House is calling for the government to Congress to take a step towards passing the American Jobs Act. Emphasizing the need to enable more American citizens to go back to work and get jobs, the White House is stressing on the need to improve the economic situations of the working class and the middle-class families all over America.

Carrie Ann
Carrie Ann is Editor-in-Chief at Industry Leaders Magazine, based in Las Vegas. Carrie covers technology, trends, marketing, brands, productivity, and leadership. When she isn’t writing she prefers reading. She loves reading books and articles on business, economics, corporate law, luxury products, artificial intelligence, and latest technology. She’s keen on political discussions and shares an undying passion for gadgets. Follow Carrie Ann on Facebook
« What kind of a leader are you? Let’s find out..
New Microsoft Windows 8 to be launched with reduced Memory usage. Does that make it awesome? »
Leave a Comment
Close

Two tweets were posted using NFT artist Beeple’s account. The first one promoted an exclusive collection with Louis Vuitton. The second tweet announced that Beeple would soon rel
18 mins ago