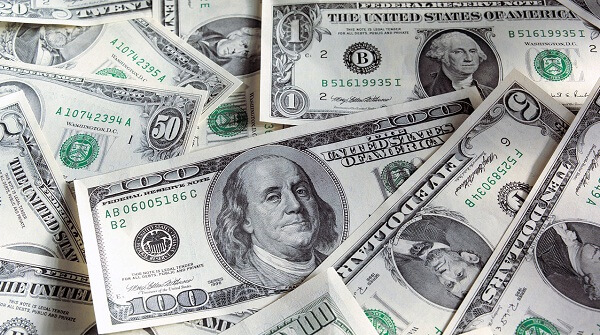 US net worth improved in Q1

It seems that after all US households are getting stronger as newest findings indicated that they got out of the financial crisis woods. As total net worth of US households for the first quarter pleasantly surprised, we should remember that this positive trend was driven by a stronger real estate segment and improving stock market as well. Yet analysts note that many low and middle class households do not feel any improvement at all, facing increasing problems.

On the 6th of June, the Federal Reserve issued its data on the total value of US households in the first quarter, indicating that the country recorded a new record. According to the figures, net worth of US households stood at $70.3 trillion in the first quarter and it was an advancement of 4.5 percent, concurrently significantly exceeding approximately $68 trillion accumulated in 2007.

To understand the significance of the achievement, we should remind ourselves that US household total wealth slumped drastically to approximately $48.9 trillion in the first three months of 2009 from around $68 trillion recorded at the end of 2007. Thus the recent improvement has been welcomed with a sigh of relief.

The findings released by the Federal Reserve indicated that the advancement in net worth was driven by gains in assets and decreases in financial obligations as well. Commenting on the figures, analysts underline that there was a visible trend of declining debt as US households remained in fact more careful when it came to dispensing their money. However, this, on the other hand, disappointingly hindered the economic advancement.

While the US saw total net worth of households jump in the given period, there are other positive trends that added to brighter picture of the US economy. In fact. Americans are more optimistic about the economy and they notice upward trends as well.

Still not too colorful

Along with this bright picture of US household wealth and more optimistic Americans, there is also a picture of people who were included in the category of lower-income and people who dropped from the category of house owners into the category of renters, thereby changing the image of the American society. US men in the street cannot allow themselves to purchase shares, not to mention real estate. Another problem, which is faced by averages Jones, is the high unemployment rate which stands at approximately 7.5 percent.

Interestingly, according to the estimates of the Federal Reserve Bank of St. Louis, average household wealth, which includes the value of assets such as real estate, stocks, hedge funds, etc. minus liabilities, stood at slightly over $539,000 at the end of 2012. What is more important is the fact the institution stressed in the report: “Most families have recovered much less than the average amount.”

Analysts are strongly convinced that declines in debt would continue to hinder country’s economic growth, indicating that the US is likely to experience a schizophrenic situation of having more wealth accommodated while witnessing harsh economic conditions at the same time.

Indeed, the US economy does not give unequivocal signs about its condition. The fact is that lower and middle class households have been struggling and and it seems that they have not witnessed any improvement since the financial apocalypse emerged.

Anna Domanska
Anna Domanska is an Industry Leaders Magazine author possessing wide-range of knowledge for Business News. She is an avid reader and writer of Business and CEO Magazines and a rigorous follower of Business Leaders.
« BlackBerry has turn-around hopes running high on KeyBoard-toting Q10 model
Apple to start trade-ins on its iPhone in US and mulls launch of iRadio »
Leave a Comment
Close