US Dollar Strolls Down, Yen Gains despite Weaker Industrial Output 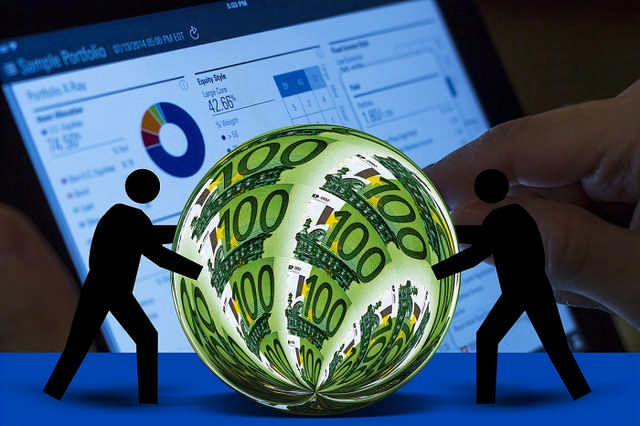 On Monday morning session, the US dollar has been collapsed against the yen and the euro in Asian trade to trade at 95.77 down by 37 points.

Currency markets have been cementing its position all over the place in the Asian Market with the Aussie and the Kiwi tumbling hard while the yen gained against the greenback. On Monday morning session, the dollar has been collapsed against the yen and the euro in Asian trade to trade at 95.77 down by 37 points.

Asian markets are trading negative due to stock markets that are struggling to achieve stability in the middle of the panic selling that created jitter global markets in the previous week. Additionally, a Federal Reserve official pointed towards a possibility of a September rate hike that marked as a negative factor for Asian stock markets.

The yen gained further, despite of its weak industrial output, where as the Aussie slumped by 27 points at 0.7129 as traders will wait for the RBA rate decisions in the coming weeks. The Kiwi plummeted 39 points at 0.6421 prior to tomorrow’s China PMI data.

Along with this, in Asia, Japan said its industrial output plummeted by 0.6 per cent, missing expectations as exports eased. While Aussie’s credit scaled to 0.6 per cent, which is better than as expected by financial experts, but business sector inventories floated in the second half of the year, which is below than expected.

The US dollar index that measures the greenback’s against a trade weighed-basket of six major currencies, slump 0.32 per cent to 95.85.

Despite the comments given by US Central bank’s No. 2 official throughout the weekend, interpreted as being somewhat hawkish by Tokyo-based financial analysts and dealers, the greenback was under offering stress against the euro and the yen from earlier in the session. Market members indicated a Financial Times report that China will keep away from huge share purchases after an over $US 200 million two-month spree to bolster stocks that sparked worries about another round of a stock market sell-off.

At that point, later in the session, both China stocks and Tokyo stocks opened lower, escalating the risk-averse mood after a China-impelled international stock market sell-off just a week ago.

As commented by Federal Reserve Officials renewed speculation, the US may raise interest rates soon in the month of September; Japanese stock markets turn down, with the Topix index capping its major loss, compared to three years indexing figures.

Toyota Motor Corp. subsided 2.1 per cent as stronger yen weighed on exporters. Oki Electric Industry Co. dropped 6.2 per cent after Goldman Sachs Group Inc. lowered its interest rating on the producer of communications equipment. Mitsubishi Chemical Holdings Corp. plummeted 4.6 per cent as investors took their part of profits after a 13 per cent rally over the past three sessions.

Lawson Inc. rose 1.8 per cent after the Nikkei newspaper announced the convenience store-operator will form a partnership deal with a small rival. In Tokyo, the Nikkei 225 Stock Average was down 1.3 per cent midday at 18831.66, capping 8.2 per cent monthly loss – the worst figure recorded since Jan. 2014. In the wake of opening weaker gain, the Shanghai Composite Index was recently trading 2.6 per cent lower.

In times of stress, for example, stock market instability, financial investors look for refuge in conventional safe harbor currency, for example, the yen. The euro is additionally being seen as a place of refuge, revitalizing to a seven-month high of $US 1.1713 early last week at the peak of the worldwide markets rout.

Mizuho Securities’ chief foreign-exchange strategist, Kengo Suzuki said that the stock market has turned out into a risk-off mood. Suzuki added that financial investors will concentrate on China’s manufacturing date for August scheduled to be released Tuesday and events such the G-20 finance ministers’ gatherings in Turkey, with center focus moving later in the week to the US employments data due Friday.

At the US national bank’s annual Jackson Hole conference, Federal Vice Chairman Stanley Fischer avoided sending an indication on whether the Fed would begin raising rates, which financial investors deciphered as an indication that the Fed has left open the likelihood for raising short-term rates at its September policy meetings.