US Bank Refunding $48Mn to Customers over Unfair Billing 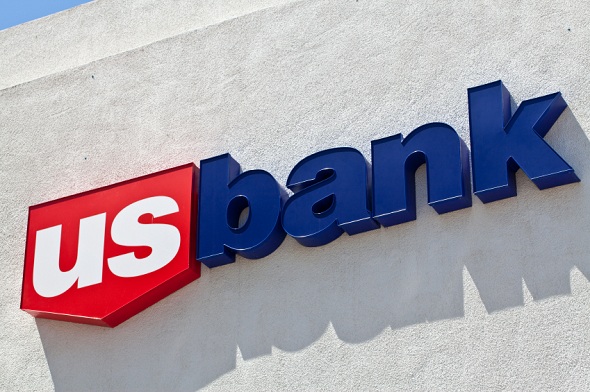 U.S. financial regulators announced the agreement with US Bank, a unit of US Bancorp, which happens to be the sixth-largest bank in terms of assets.

The Consumer Financial Protection Bureau ordered US Bank to refund around $48 million in the latest government settlement to resolve allegations that it charged consumers improperly for extra credit card products that customers did not actually receive.

U.S. financial regulators announced the agreement with US Bank, a unit of US Bancorp, which happens to be the sixth-largest bank in terms of assets with $263 billion deposits. The bank was ordered to reimburse around 420,000 customers who signed up for credit monitoring products and illegally billed them for “Privacy Guard” and “Identity Secure” services from 2002-2013, which they did not receive. Additionally, the Minneapolis-based organization will be paying $9 million in penalties to the Consumer Financial Protection Bureau and the Treasury Department agency that regulates national banks.

This incident comes after a series of sanctions against some of the most major banks in the US for overcharging customers for various add-ons that come with credit cards which are of course nonobligatory and come at an additional cost. Regulators have been inspecting the financial industry’s marketing for such add-ons for over a few years, after numerous consumer complaints and bank inspections that cautioned them about the existing issues.

The director of the Consumer Financial Protection Bureau, Richard Cordray, has said the agency will “continue cleaning up this market as necessary to ensure that consumers are treated fairly.”

The biggest settlement in the history of America, over credit card add-ons was with Bank of America Corp., which agreed in April to pay a penalty of $772 million and issue refunds to around 2.9 million customers. JP Morgan Chase & Co. paid around $309 million in refunds to customers and a penalty of $80 million. The Consumer Financial Protection Bureau likewise has imposed similar fines to American Express Co., Discover Financial Services and Capital One Financial Corp.

According to the information revealed by Federal regulators, customers signed up for credit card add-ons such as monitoring and alert services in case of fraudulent transactions with the US Bank. They were charged for the items that they added to cart, without having received any approval of the services from bank authorities. In some cases, they were charged for their services, which they did not receive and were even charged unfairly when it came to interest rates and fees, the agency said. The fees charges were sometimes much above the credit limits on customers’ accounts, which then led to charging of additional fees.

The US Bank will now reimburse customers the amount they paid for the products, as well as the overcharged interest and additional fees that they had charged previously. The agency further revealed that, US Banks customers “may have been under the impression” that their credit was being monitored for fraud and identity theft, while those services were not being performed by the banks at all, or in some cases partially performed.

The credit card add-on programs were serviced by Affinion Group. US Bank said it terminated its association with Affinion about two years ago.

In a statement, the bank said it intends to remunerate the illegally charged customers and issue an apology.

“US Bank adheres to the highest levels of ethical business practices to ensure that customers confidently receive quality products and services from their bank,” the statement said. “We regret that errors occurred when our customers purchased credit monitoring and identity theft products from ‘Affinion’, and that some of our customers did not receive the full benefit of those products.”

In a settlement that occurred a year ago, Affinion agreed to pay $30 million with 47 states and the District of Columbia over accusations that it deceived customers into signing up for discount club memberships.

The COVID-19 pandemic has seen a resurgence in recent weeks and talks of normalcy are still far away, even with the vaccinations. For invest...
11 hours ago