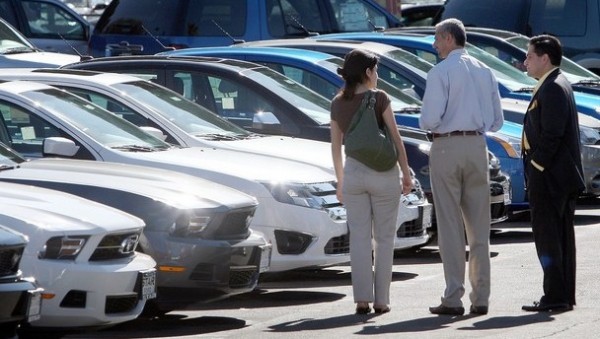 Auto industry in the US has been recovering and shifting its track to the fast lane. Even with gas prices at nearly $4, smaller cars like the Nissan Versa, Ford Focus and Fiat 500 flew off dealer lots in March, and have been giving car makers their best monthly sales in almost five years.

In totality, nearly 1.4 million cars and trucks were bought by Americans in March, which is 13 percent up from the same month a year earlier, the most sold since August 2007. Larger vehicles too, sold well, providing more evidence of growing confidence in the recovery of U.S. economy. Small businesses, farmers, and others stepped ahead to take advantage of big promotions to buy pickup vans.

What if sales of the cars in U.S. stay at the same rate?

If sales of car in U.S. stay at the same rate as in March, it could very well happen that by the end of this year, auto sales would reach at 14.4 million, up from 12.8 million in 2011. While that’s still below the 17 million of the booming mid-2000s, it’s far higher than during the industry’s downturn in 2009, when 10.6 million vehicles were sold.

Jesse Toprak, vice president of industry analysis at auto site TrueCar.com said, “One would think there would be more of an extreme reaction of consumers to gas prices. That really hasn’t happened. We see a balanced reaction from consumers. The good news is that the recovery has legs. It is expected that total sales would reach 14.5 million in 2012”.

The auto sector’s recovery is helping the entire economy. Sung Won Sohn, an economics professor at California State University said, “Auto is important because it creates so many other jobs. A lot of pent-up demand remains from people who couldn’t afford cars during the recession. The average vehicle age on US roads has reached 10.8 years. High gas prices are helping to persuade people to trade in older, less-efficient vehicles”.

General Motor’s US sales rose 12 percent, but auto sales were up 62 percent because of new models including the Chevrolet Sonic subcompact and Buick Verano compact. Chrysler Group’s sales also jumped 34 percent. One standout was the Fiat 500. Toyota Motor Corp. said sales were up 15 percent. Sales of the Prius hybrid jumped 54 percent for the month.

Auto sales expected to progress at the rate of 14.5 million for the rest of this year

Jesse Toprak also expects auto sales to progress at the rate of 14.5 million for the rest of this year. Convincing new products, improvements in consumer confidence and the stock market and low interest rates should all continue to boost sales. Americans bought 12.8 million cars and trucks in 2011.

Ford Motor Co. reported that this has been its best March since 2007. Sales were up 5 percent as demand for the Focus small car rose 65 percent. But auto sales of the Fiesta subcompact fell 34 percent newer Focus of the buyers. Honda sales fell 5 percent, but that compared with a particularly strong month in 2011. Nissan Motor Co. said sales were up 12.5 percent, making it the best month in Nissan history. Volkswagen AG sales rose 35 percent. Hyundai Motor Co. said its sales rose 13 percent.