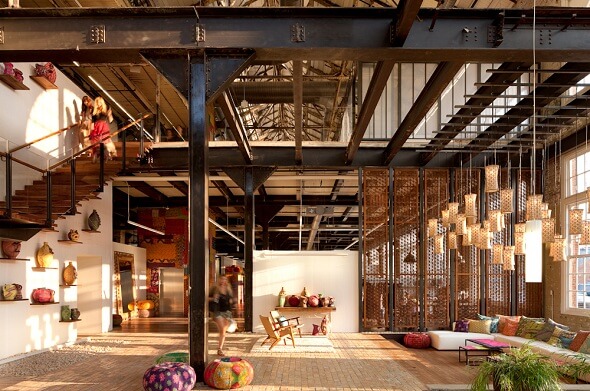 Vinyl records sure have made a grand comeback. What was dead for over last two decades is the only segment in music industry today that is making record sales. Put it this way: Instead of blowing the cobwebs off those old vinyl records you own and ranting about it on your social media page, you can now look cool by buying those and showing them off.

Urban Outfitters, the vintage hipster apparel brand is currently wearing the crown no.1 seller of vinyl records on the planet.

On a call with analysts yesterday, Calvin Hollinger, the company’s chief administrative officer, claimed that the company is now the biggest seller of vinyl records in the world, saying “Music is very, very important to the Urban customer, in fact, we are the world’s number one vinyl seller.”

The company did not divulge any numbers, yet analysts believe that it would be a great deed if it outsells Amazon in terms of LPs sales. As a matter of fact, there isn’t a considerable measure of competition in the market, with a few retailers selling vinyl. In 2012, independent records stores were on the whole responsible for 64% of all vinyl sales in the U.S. Last year, Target and Whole Foods both decided to capitalize on the trends, yet failed to witness any significant numbers when it came to sales.

As per Nielson, Vinyl record sales have been relentlessly climbing since 2007. Furthermore a huge part of that is because of Urban Outfitters, also known as the retail “hipster” Mecca which holds a grip over the 18- to 28-year-old demographic and is brisk to profit on any millennial trends.

A year ago, sales of vinyl LPs hit 6.1 million collections, a number most astounding since 1991. In 2014, Nielsen SoundScan estimates that the numbers will climb previous records.

Urban dedicates the success of vinyl sales to their innovative stocking strategy. As a matter of fact, the retailers doesn’t buy the records which it sells on the shelves, but rather rents the shelf space (physically and digitally) to more than 100 different vendors. The strategy helps them amplify their profit potential while giving providing artists an unmatched opportunity to push their record sales.

There is no denying in the fact that for over a decade, collective sales of music have been plummeting. With digitization and piracy, album sales have reached new lows in terms of sales. Early 2014, former White Stripes frontman Jack White, set a record for the most copies of LPs sold (40,000 copies out of 138,000 copies total) in a week, when his latest album Lazaretto was released.

It does seem a little odd that Urban Outfitter’s is currently the biggest seller of vinyl records. Not long ago, the company was worried that their customers indeed of baby boomers are millennials who are way below the 18-28 demographic. There’s no denying that the millennials, probably those who prefer buying decorating their rooms with vinyl records.